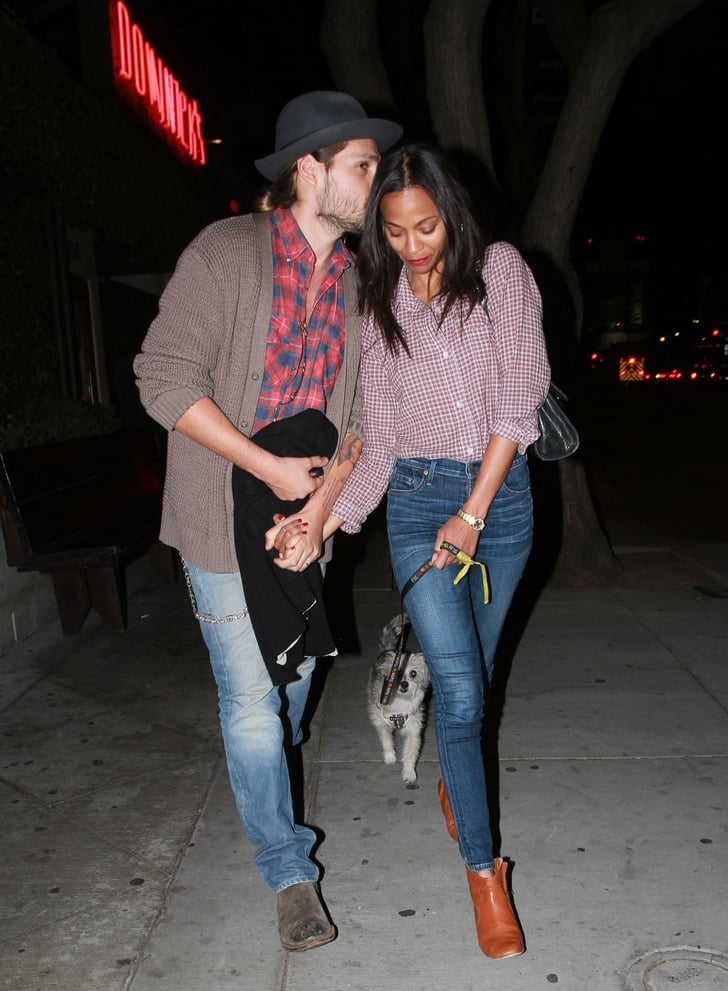 Zoe Saldana and her scruffy husband, Marco Perego, brought their dog, Mugsy, to dinner at Dominick's restaurant in LA on Wednesday night. The couple held hands and giggled at something on their phone while the adorable pup walked behind them back to the car. We've seen a lot of Zoe and her Italian artist beau since they secretly married in London over the Summer. The lovebirds couldn't contain their PDA during a daytime outing last week, and before that, Marco solidified his husband-of-the-year status when he carried Zoe's Chanel handbag around his neck while running errands around LA.

Though Zoe and Marco have been seemingly attached at the hip, Zoe did go solo to a high-profile event recently. She hit the red carpet in a sexy Gucci dress for the LACMA Art and Film Gala, where she mingled with Drew Barrymore and Gucci creative director Frida Giannini.

Schitt's Creek
Who Is Emily Hampshire Dating? Her Relationship History Includes a Marriage
by Corinne Sullivan 16 hours ago

by Alessia Santoro 16 minutes ago