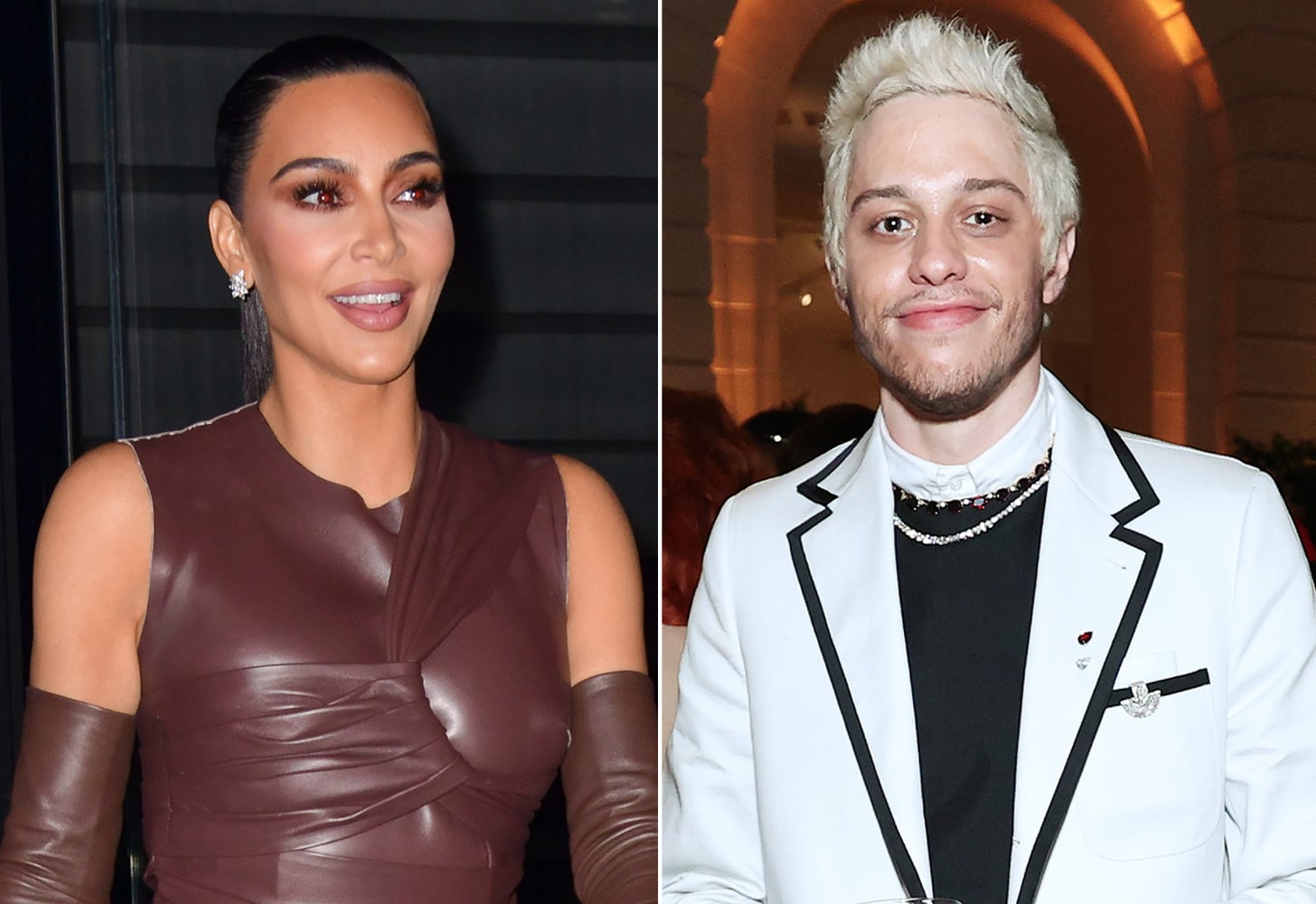 We definitely didn't have this pair on our 2021 bingo card! After being spotted together in Staten Island, Palm Springs, and New York City, it's reported that Kim Kardashian and Pete Davidson are officially dating. According to E! News, the unexpected celebrity couple reconnected when Kim hosted Saturday Night Live on Oct. 9, and the rest was history. "They are really happy and seeing where it goes," the site reports, noting that they are "casually dating."

After appearing in an Aladdin skit together during SNL, the two were photographed holding hands on a roller coaster in California, then seen together for multiple dinners in NYC. Kim and Pete most recently spent time together in Palm Springs with Kris Jenner and Flavor Flav for Pete's birthday, where they wore matching plaid pajamas . . . and nothing says "dating" like matching outfits!

Kim filed for divorce from Kanye West after six years of marriage in February of this year, and although she has remained low-key about her relationships, the site is reporting that she is "smitten" over the comedian.

Maitreyi Ramakrishnan
Are the Cast of "Never Have I Ever" Single or Taken? Let's Find Out!
by Pallavi Bhadu 57 minutes ago

by Shelcy Joseph 17 minutes ago