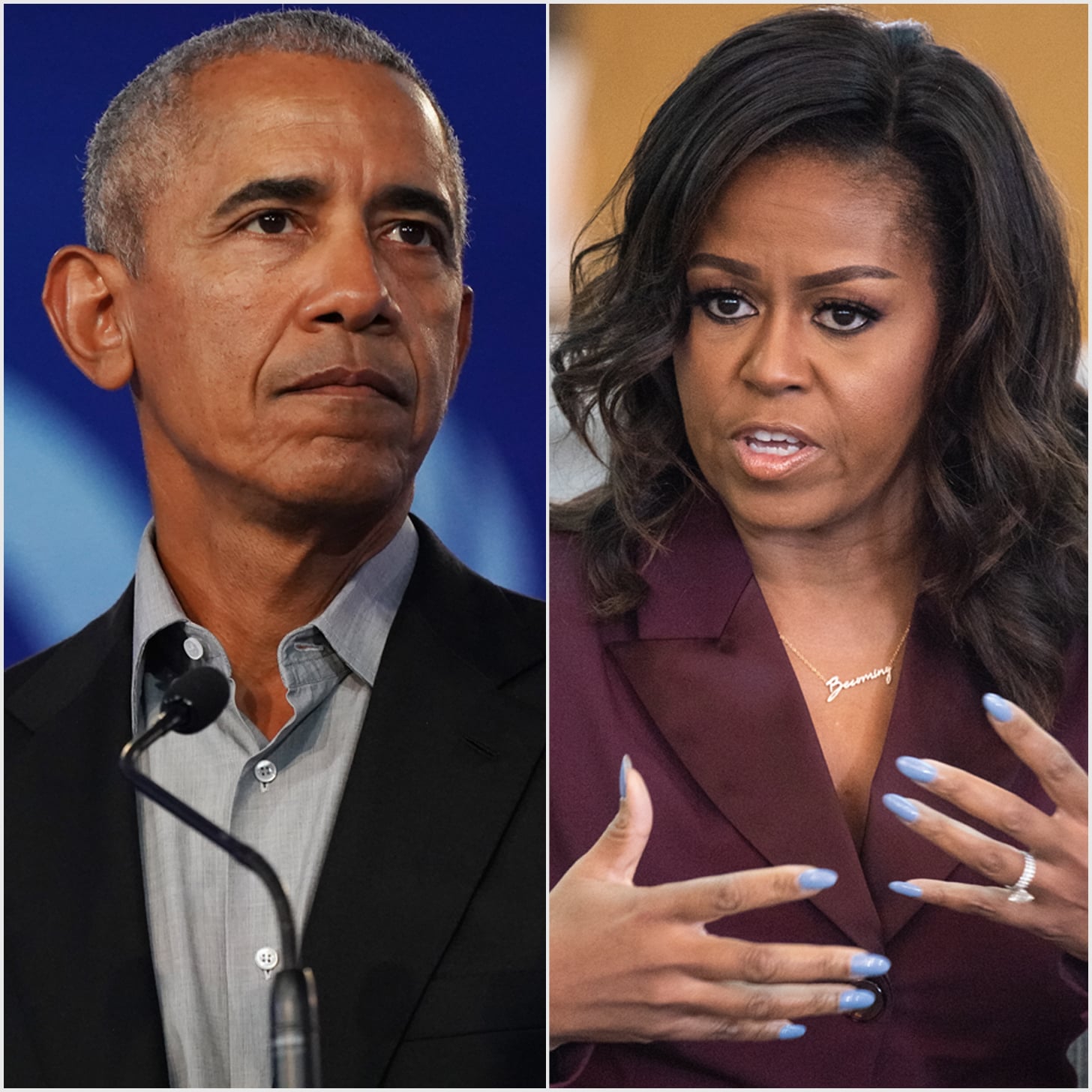 Former President Barack Obama and former First Lady Michelle Obama are remembering George Floyd on the two-year anniversary of his murder. On April 20, 2021, former Minneapolis police officer Derek Chauvin was convicted and sentenced to 22 years in prison for charges related to Floyd's death. On May 25, the former POTUS and FLOTUS shared tributes to Floyd on their respective Instagram accounts, taking a moment to address the activism spurred from anger that arose in the aftermath of his death — and to acknowledge the recent mass shootings that are also dominating headlines on this painful anniversary.

"As we grieve the children of Uvalde today, we should take time to recognize that two years have passed since the murder of George Floyd under the knee of a police officer," the former president wrote on Instagram, acknowledging the mass shooting at Robb Elementary School in Uvalde, TX, on May 24. "His killing stays with us all to this day, especially those who loved him."

In her own post, the former First Lady added, "I know there's a lot going on right now, and it's easy to feel overwhelmed by the grief coming at us from so many different directions. Yesterday, it was the senseless horror and murder of schoolchildren and educators in Uvalde, Texas. Not long before, it was the hateful murder of Black folks in Buffalo. Today, we remember another trauma, one that's still with us in so many ways. It's been two years since George Floyd was brutally killed by a police officer. Thinking back to that video and those nine minutes and 29 seconds still shakes so many of us to our core, and it should."

Related:
Where to Donate to Help Families Affected by the Uvalde School Shooting

In the wake of so much preventable gun violence, the Obamas recognized the heavy mental and emotional toll felt collectively across the nation, calling on readers to harness their emotions and turn them into action. "In the aftermath of [Floyd's] murder, a new generation of activists rose up to channel their anguish into organized action, launching a movement to raise awareness of systemic racism and the need for criminal justice and police reform," the former POTUS wrote.

"Let's remember the wave of protests that rattled our consciences."

The former FLOTUS continued, "As we reflect on his murder, and as we mourn those schoolchildren, let's also remember the millions of people who turned their sadness and anger into activism two years ago. Let's remember the wave of protests that rattled our consciences. Let's recommit to the work of change — whether it has to do with how our communities are policed, how our criminal justice system is designed, or how long we'll continue to accept gun violence as a way of life."

She concluded by reminding readers that gun violence is not unavoidable, encouraging everyone to take action in ways both big and small. "And most of all, even though it hurts right now, let's remember that we don't have to accept any of this as inevitable," she wrote. "So if you feel lost today, hug the ones you love, and do whatever you can to push our country—and the people who lead it—to be a little stronger, braver, and better for all of us."

Find more ways to take action and get informed here and on the Obama Foundation website.

Beyoncé Knowles
Yes, Beyoncé's Lyrics Were Ableist. There's a Lot More to the Story.
by Maggie Ryan 55 minutes ago