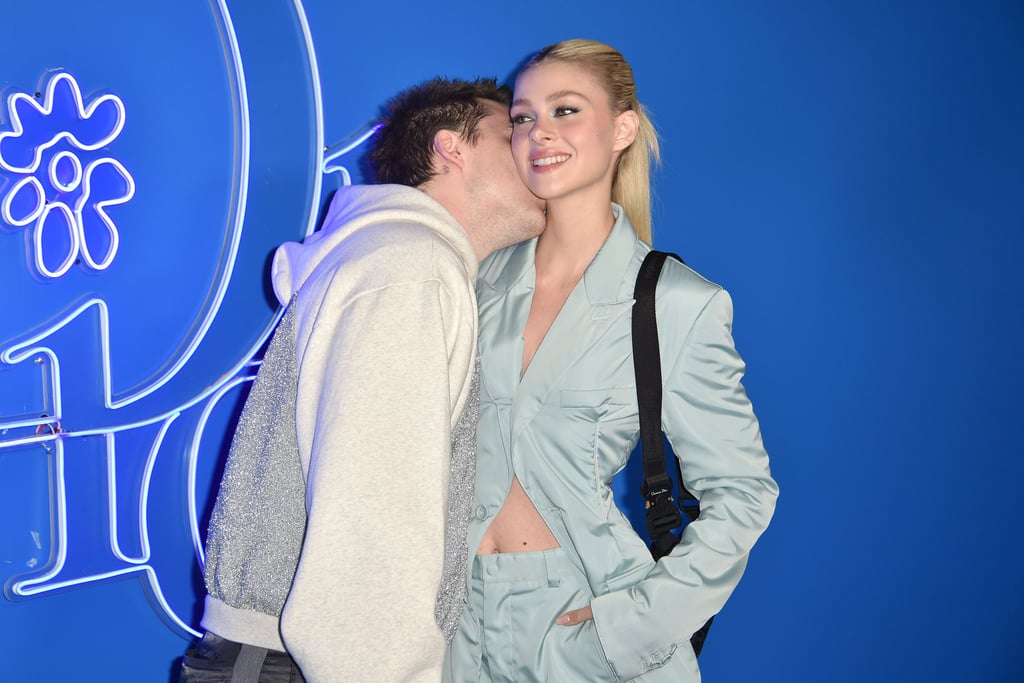 In lieu of a honeymoon, Brooklyn and Nicola Peltz Beckham are on a world tour. A few weeks after attending the Met Gala in New York City, the newlyweds popped up at a Dior runway event in Los Angeles on May 19.

The couple sat front row for the menswear fashion show, which took place at Venice Beach, and prior to taking their seats, they posed for sweet photos on the red carpet, with Brooklyn sneaking a smooch at one point. Both were in outfits from the capsule collection about to be shown for the first time: Nicola wore a baby-blue suit, while Brooklyn wore a sweatshirt and satin wide-leg trousers. Other celebrities in attendance included Jaden Smith, Winnie Harlow, Christina Aguilera, Kid Cudi, and couple Rita Ora and Taika Waititi, still going strong after a year of dating.

See photos of the Peltz Beckhams's latest chic outing ahead.

Tommy Dorfman
Tommy Dorfman Is Engaged to a Mystery Woman: "Being in Love Is So Scary"
by Yerin Kim 16 hours ago