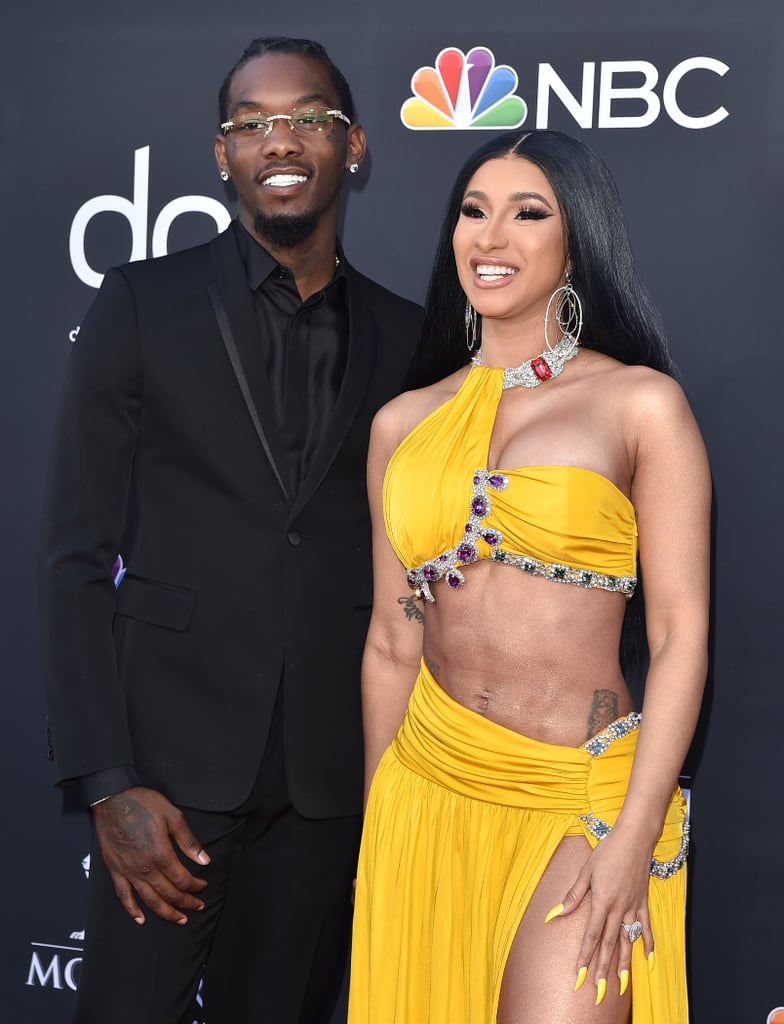 World, meet Wave Set Cephus. After welcoming their second child back in September, Cardi B and Offset finally revealed their son's name on April 14. "When Set suggested Wave, I was sold! THAT HAD TO BE HIS NAME," Cardi tweeted. Along with the name reveal, the couple also gave us the first full glimpses of their baby boy on Instagram and on Essence's upcoming May/June cover.

Cardi's photo album shows Wave looking as cool as ever in a baby-blue ensemble complete with a matching chain. In Offset's snap, the tiny tot looks adorable while chilling in the bath with multiple chains and a diamond earring. On the Essence cover, he's pictured alongside his family, including the couple's 3-year-old daughter, Kulture, and Offset's kids from previous relationships: Jordan, Kody, and Kalea.

In the accompanying interview, the pair opened up about their decision to protect their family's privacy after welcoming Wave last year. "We went through a lot of sad things when it comes to Kulture — terrible behavior that not even the older kids have ever been through," Cardi explained of the internet trolls who targeted their daughter. "So many people will post mean, disgusting things, just to get a reaction from us." She added, "We want to protect our feelings, because we get very, very angry and upset."

Cardi and Offset tied the knot in 2017 and welcomed Kulture a year later in July. The "WAP" rapper announced that she was pregnant with her second child at the 2021 BET Awards. Since Wave's Essence debut, both Cardi and Offset have slowly given us more glimpses of their son. See all the photos they've shared ahead.

by Perri Konecky 42 minutes ago