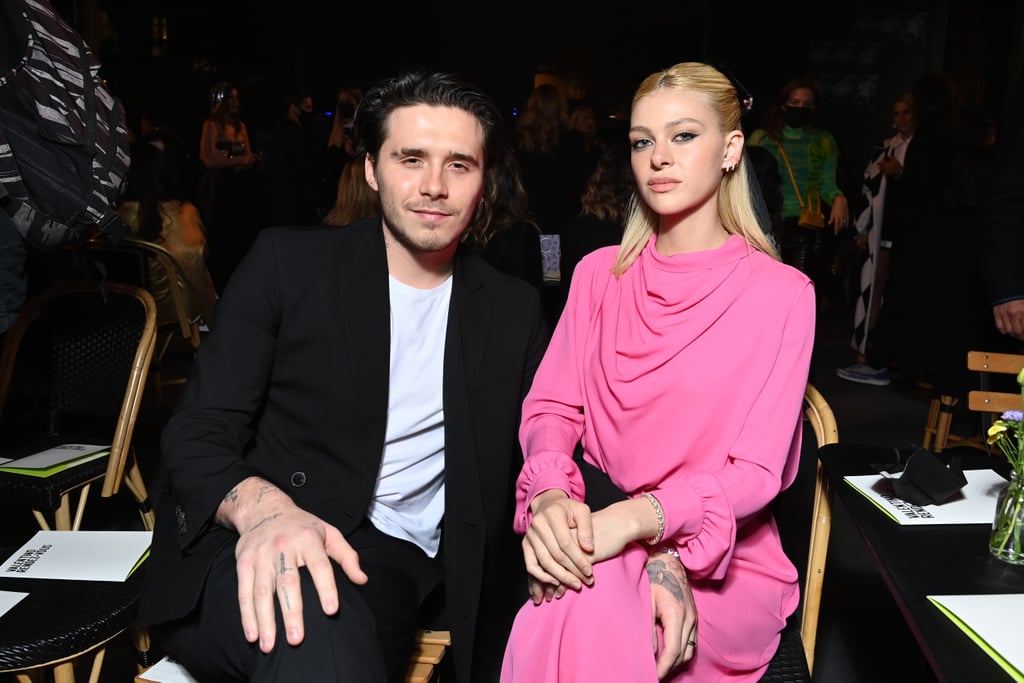 All the Famous Guests at Brooklyn Beckham and Nicola Peltz's Wedding

Brooklyn Beckham and Nicola Peltz got married in a gorgeous ceremony on Saturday in front of all their close friends and family, including Beckham's parents, Victoria and David, and Peltz's parents, Nelson and Claudia. The newlyweds exchanged "I dos" at Peltz's family mansion in Palm Beach, FL, with stars like Venus and Serena Williams, Kiernan Shipka, and Mel B and Mel C of the Spice Girls in attendance.

According to Elle, Beckham's brothers, Romeo and Cruz, served as his best men, while Peltz had her brother Brad act as her "chief bridesmaid." Peltz's maternal grandmother was the maid of honor. Peltz collaborated with Pierpaolo Piccioli of Valentino on her custom designer wedding dresses, and she pulled off a quick change for the reception, according to People.

The ceremony itself was a classy affair that included nods to their Jewish heritage. People reported Beckham and Peltz were married under a chuppah that was surrounded by orchids, per an inside source. Additionally, the ceremony brought the beachfront vibes inside with an elevated runway featuring water on both sides. After the couple exchanged their vows, guests were treated to a magic show from David Blaine, which was followed by a four-song set from Marc Anthony.

Beckham and Peltz's wedding was the star-studded affair we expected it to be, with more celebrity attendees like Eva Longoria, Natalia Bryant, Tom Brady, Jordana Brewster, and Rachel Zoe reportedly on hand to wish the couple well. Ahead, see all the famous folks who attended Beckham and Peltz's extravagant wedding.

Celebrity Weddings
Jodie Sweetin on John Stamos's Accidental Tribute to Bob Saget at Her Wedding: "[He's] Here, Too"
by Njera Perkins 12 hours ago

Tommy Dorfman
Tommy Dorfman Is Engaged to a Mystery Woman: "Being in Love Is So Scary"
by Yerin Kim 14 hours ago