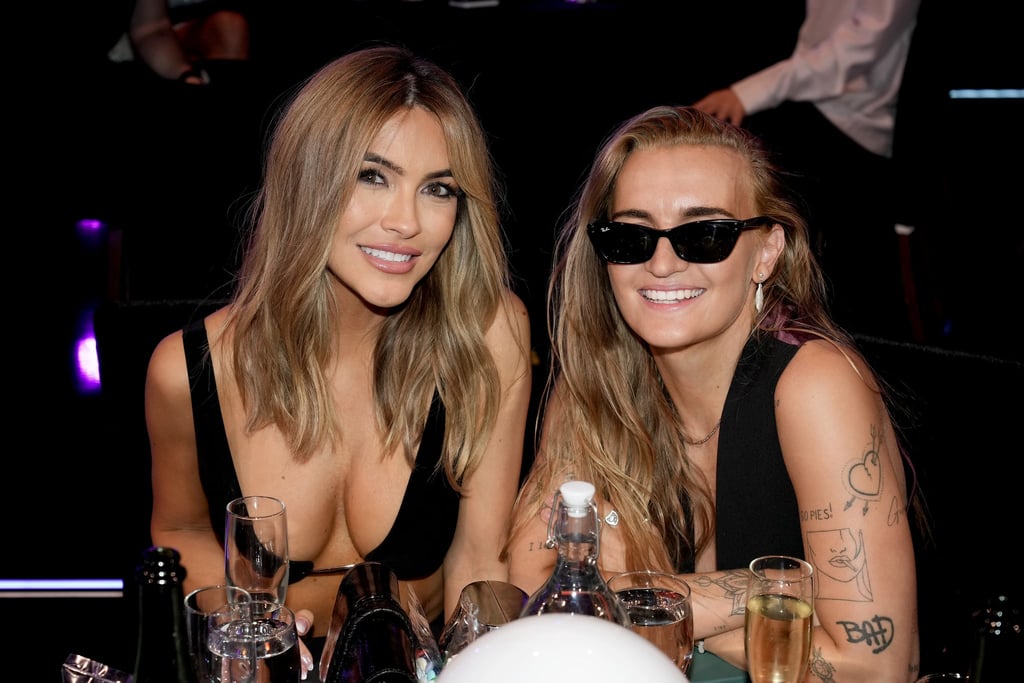 Chrishell Stause of "Selling Sunset" and her new partner, Australian musician G Flip, appeared to be very in love at the MTV Movie & TV Awards: Unscripted event on June 5. The pair were all smiles as they shared affectionate moments in front of the cameras.

During the segment of the MTV Movie & TV Awards, Stause received the award for best reality star. "Any top real estate agent knows that you always need to be expanding your sexuality," she joked in her acceptance speech, quickly correcting the last word to "territory." She went on to thank fans for the win, which she received after coming out as queer. "Just really quick, I knew about this nomination before I had said anything about my sexuality," she said. "I'm not trying to get really deep with you guys, but the fact that this was voted on after means so much to me because I wasn't sure how that was gonna go." Stause also shared a celebratory kiss with G Flip after the win was announced.

During the event, the pair also encountered Stause's ex Jason Oppenheim — and things seemed friendly between the trio. A video posted by the MTV Movie & TV Awards Twitter account shows Stause and G Flip embracing, followed by Oppenheim coming over and joining the embrace. Stause then turns to the camera and mouths, "What's happening?" Oppenheim and Stause broke up in December 2021, citing "different wants regarding a family." G Flip, however, has been open about wanting a family with Stause.

Stause began dating G Flip back in October 2021 after they met at a Halloween party, and Stause went on to appear in a music video with the musician.

Check out Stause and G Flip's best moments from the MTV Movie & TV Awards ahead.