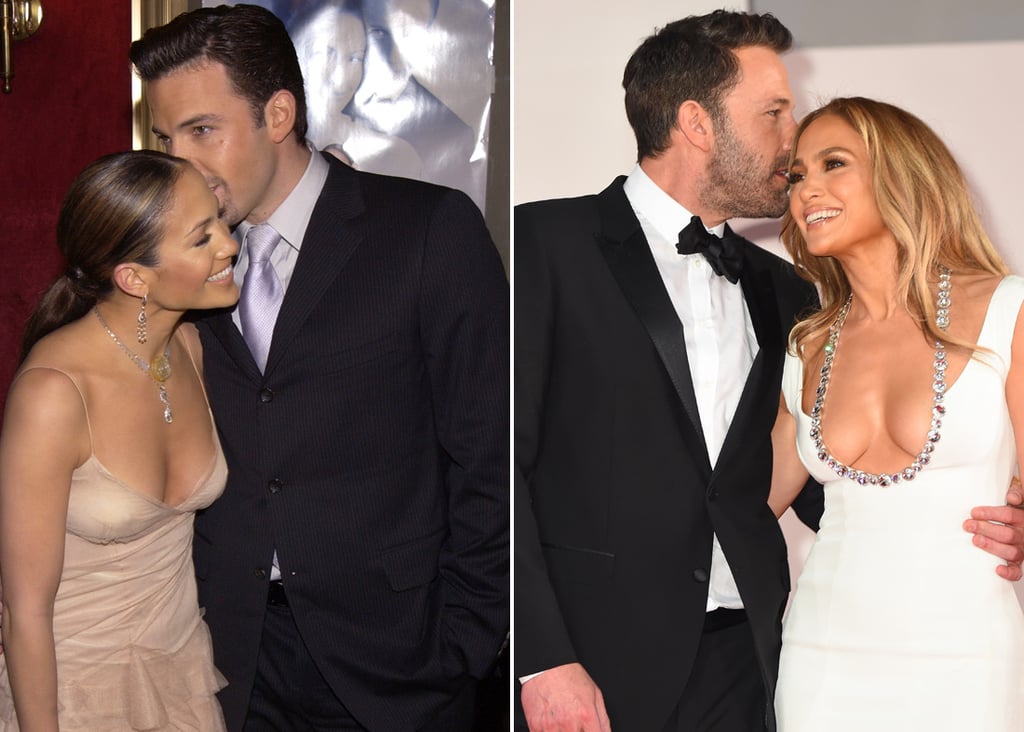 Jennifer Lopez and Ben Affleck are red carpet official (again)! On Friday, the rekindled couple turned heads as they attended the premiere of Ben's film The Last Duel at the Venice International Film Festival. Not only did it mark their first public appearance since getting back together in May, but it marked their second red carpet debut as a couple. Fittingly, their first red carpet debut was actually at one of Jennifer's movie premieres, proving the couple always love to support each other.

After meeting on the set of Gigli and sparking a real-life romance in 2002, Jen and Ben made their red carpet debut as a couple when they attended the NYC premiere of Maid in Manhattan that December. The appearance also marked their first public outing since getting engaged one month earlier. The pair attended a handful of other events during their relationship, but they eventually called it quits in January 2004. The premiere of their film Gigli in August 2003 actually marked their last red carpet together. Who would have thought that 18 years later they would be walking the red carpet again hand in hand? As you reminisce on their love story, take a trip down memory lane as you look at their first and most recent red carpet debut as a couple below.

Ciara
Who Knew Russell Wilson Was Such a Poet? See His Sweet Birthday Surprise For Ciara
by Victoria Messina 2 hours ago

Fashion News
Fendi x Skims: How the Collaboration Came to Be and What's in the Collection
by Sarah Wasilak 1 day ago