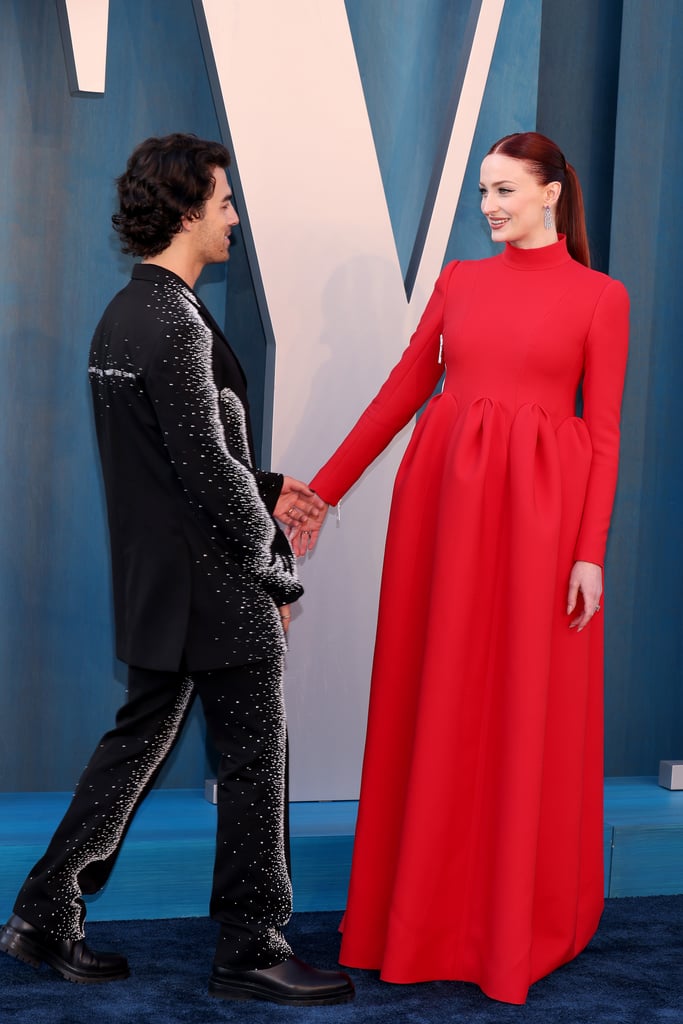 Joe Jonas Stares in Awe at Sophie Turner at the Oscars

Joe Jonas and Sophie Turner are relationship goals. On Sunday, the soon-to-be parents of two attended the 2022 Vanity Fair Oscars party, marking their first red carpet appearance since news broke that they're expecting their second child. Jonas sweetly doted on his lady in red from the sidelines as she struck poses in her stunning floor-length gown on the red carpet. They also did a power-couple strut that screamed "cool parents."

Jonas and Turner are expecting their second child, Us Weekly confirmed on March 2. The couple, who eloped in Las Vegas in 2019 followed by a lavish ceremony in France, welcomed their first child in July 2020. Their new baby will be the younger sibling to their 1-year-old daughter, Willa.