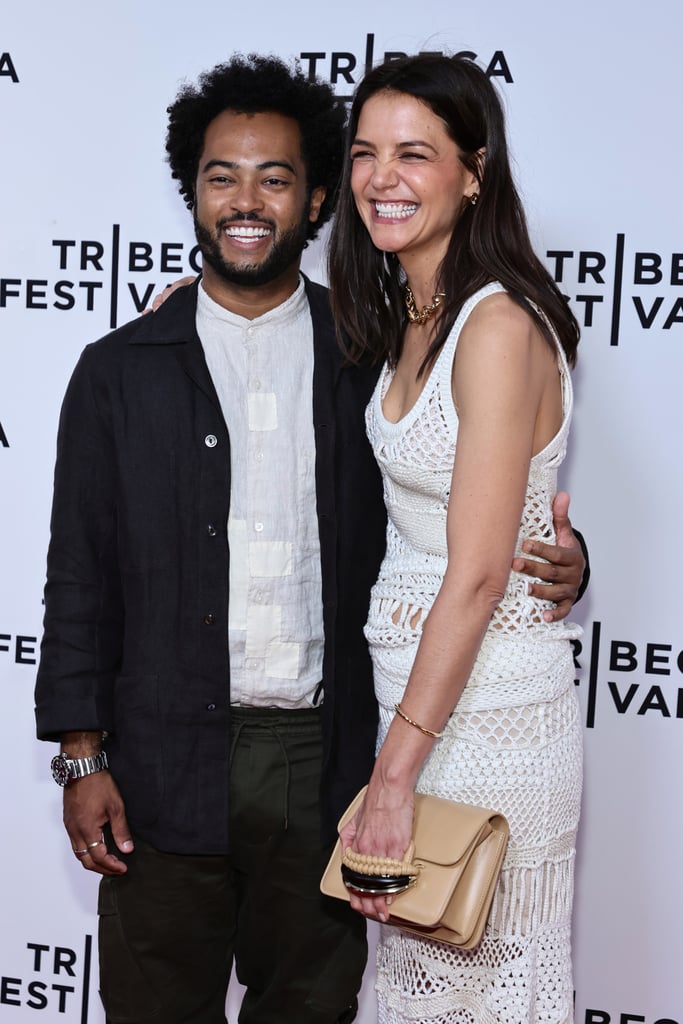 Love is in the air for Katie Holmes! The 43-year-old actor is currently dating Broadway musician Bobby Wooten III, and from the looks of it, they're totally smitten with one another. Since they were first linked together back in April, the two seem to be getting more comfortable sharing their romance with the public.

In May, they made their red carpet debut as a couple at the Moth Ball's 25th anniversary gala. Holmes dazzled in a bright-orange dress, while Wooten III looked handsome in an emerald-green suit. Following their first public appearance together, the pair attended the Tribeca Film Festival, where Holmes premiered her new movie "Alone Together."

They have yet to make their romance Instagram official, however, they are supportive of each other on social media. After Wooten III shared photos of himself presenting David Byrne with an award on June 3, Holmes celebrated her beau with not one but two comments. In the first she wrote, "Incredible!!!!!," and in the second, she left three heart emoji.

Back in April, a source told People that Wooten III is an "amazing guy, very kind, super talented and just an all-around cool guy." The insider added, "He's a highly accomplished bassist and musician, and is as chill and brilliant and funny as they come."

See more photos of Holmes and Wooten III ahead.

by Sara Youngblood Gregory 7 minutes ago