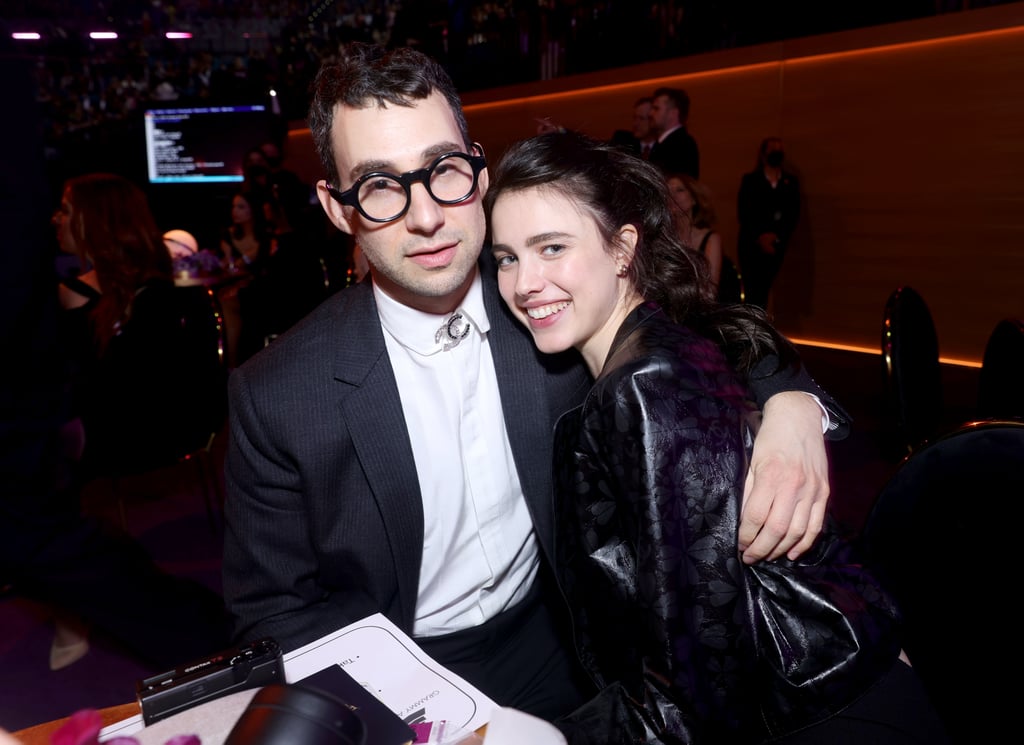 Margaret Qualley and Jack Antonoff have been together for almost a year, but the newly engaged couple are notoriously private about their romance. On May 31, Qualley surprised fans when she revealed that she and Antonoff are getting married. "Oh I love him!," she captioned a series of Instagram photos showing off her engagement ring with her fiancé.

Qualley and Antonoff first sparked dating rumors in August 2021, when they were photographed kissing during a NYC outing. However, they didn't go public with their relationship until the following March, when they made their couple debut at the AFI Awards Luncheon. The occasion also marked the first time Qualley made their romance Instagram official, with a post captioned, "Date night."

This past April was also a big milestone for the couple, who attended the Grammy Awards together. Antonoff was up for album of the year for his work on Taylor Swift's album "Evermore." He didn't take home that award, but he did win producer of the year, non-classical.

Qualley and Antonoff have been quiet about their relationship for the most part, but maybe they'll give us more glimpses of their romance now that they're set to wed. In the meantime, check out a handful of their cute photos ahead.

Lori Harvey
Lori Harvey Rocks a Sheer, Tiger-Print Catsuit For a Night Out
by Shelcy Joseph 9 hours ago