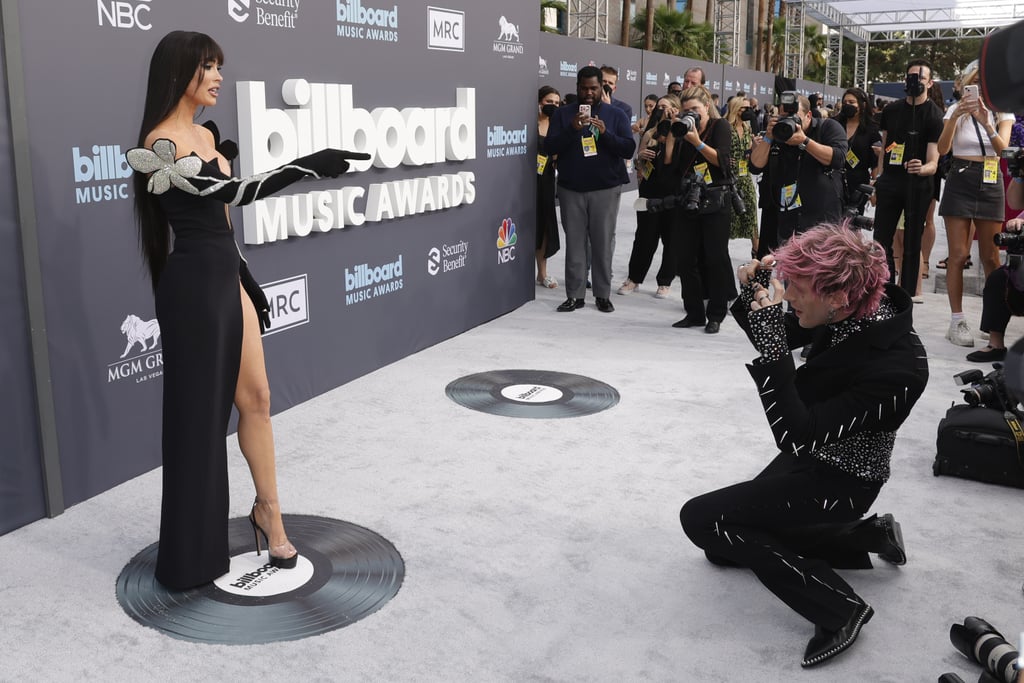 Machine Gun Kelly was adorably supportive of his fiancée, Megan Fox, on the red carpet at the 2022 Billboard Music Awards on May 15. While posing together, Kelly pulled out his phone to playfully take photos of the actor and admire how great she looked. The singer performed at the event and was also nominated for top rock artist.

The duo were just spotted on May 12 at the premiere for their new movie, "Good Mourning." The film is a stoner comedy starring MGK and Mod Sun. The movie marks both Kelly and Sun's directing and screenwriting debuts. The film features cameos from Fox, Pete Davidson, and Whitney Cummings, and it also stars Dove Cameron and Becky G. "Good Mourning" will premiere in theaters and on TVOD on May 20.

Fox and Kelly got engaged back in January. "And just as in every lifetime before this one, and as in every lifetime that will follow it, I said yes," Fox wrote on Instagram at the time, adding that the couple also "drank each other's blood." In April, Fox addressed the minor ruckus her blood-drinking comments caused. She said they don't drink "goblets" of blood, adding, "It's just a few drops. But yes, we do consume each other's blood on occasion for ritual purposes only."

Fox said it's all part of her greater spiritual practice. "I read tarot cards and I'm into astrology and I'm doing all these metaphysical practices and meditations. And I do rituals on new moons and full moons, and all these things. And so, when I do it, it's a passage or it is used for a reason," she explained. But Kelly, she said, goes about it differently. She explained, "He's much more haphazard and hectic and chaotic, where he's willing to just cut his chest open with broken glass and be like, 'Take my soul.'"

The duo don't have a wedding date set quite yet, but MGK previously confirmed that Davidson will definitely be a groomsman.

See Fox and MGK's night at the Billboard Music Awards ahead!