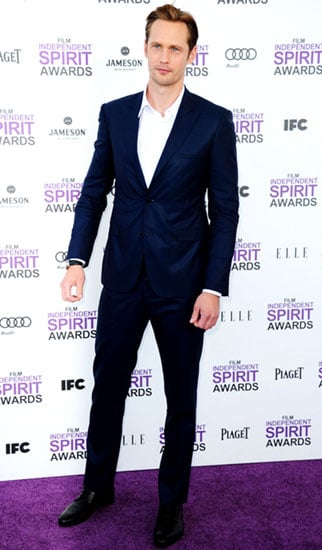 Alexander Skarsgard wrapped the fourth season of True Blood and helped promote the hit HBO series before its fifth season debuted in May. He starred in the big-budget though underwhelming box office performer Battleship, which he traveled the globe premiering. His Straw Dogs remake also hit theaters in 2011. Alexander's Melancholia, however, was a critical darling, and he brought that film to the Toronto Film Festival with costar Kirsten Dunst in September 2011.

Alexander is nothing if not discreet about his love life, though he was rumored to have had a short romance with his Battleship costar Rihanna after breaking up from longtime girlfriend Kate Bosworth in July 2011.