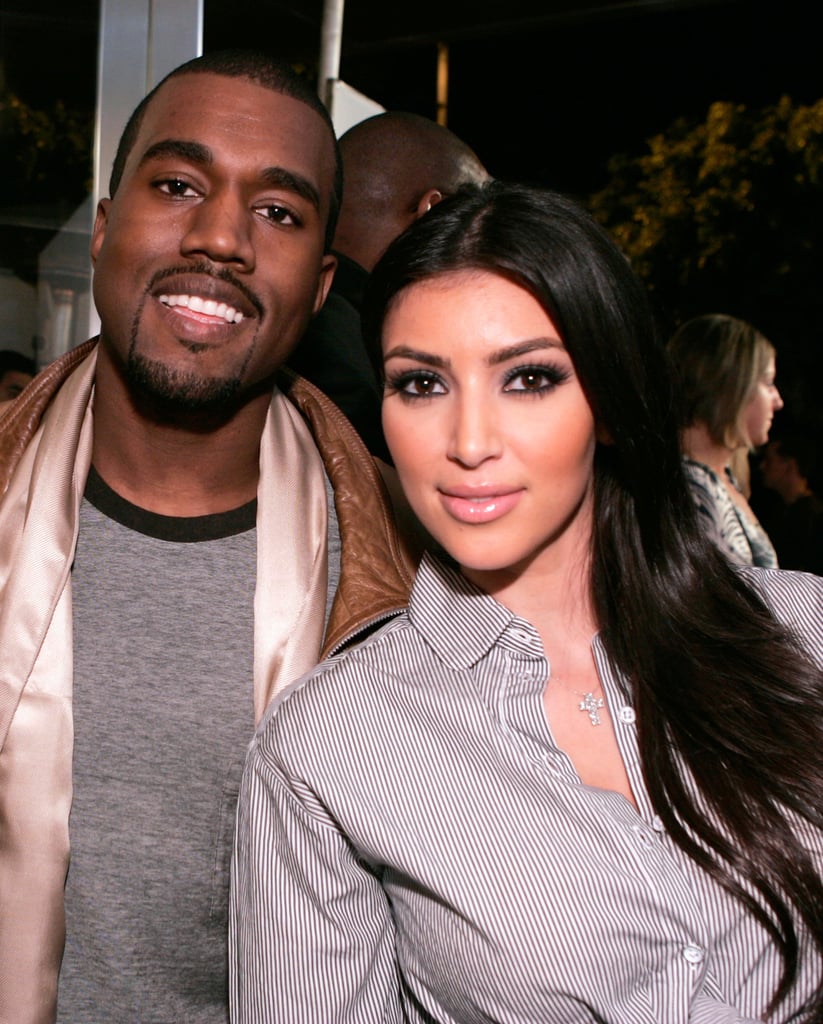 2002/2003: During the Keeping Up with the Kardashians 10-year anniversary episode, Kim opens up about meeting Kanye right after the turn of the century. "I met him I think in 2002 or 2003," she says. "He was recording a song with Brandy, and I was her friend. I vividly remember hanging out with him, and then they did a video together, so I'd see him a few times. He was asking his friends, 'Who is this Kim Kardajan?' He didn't know what my name was."