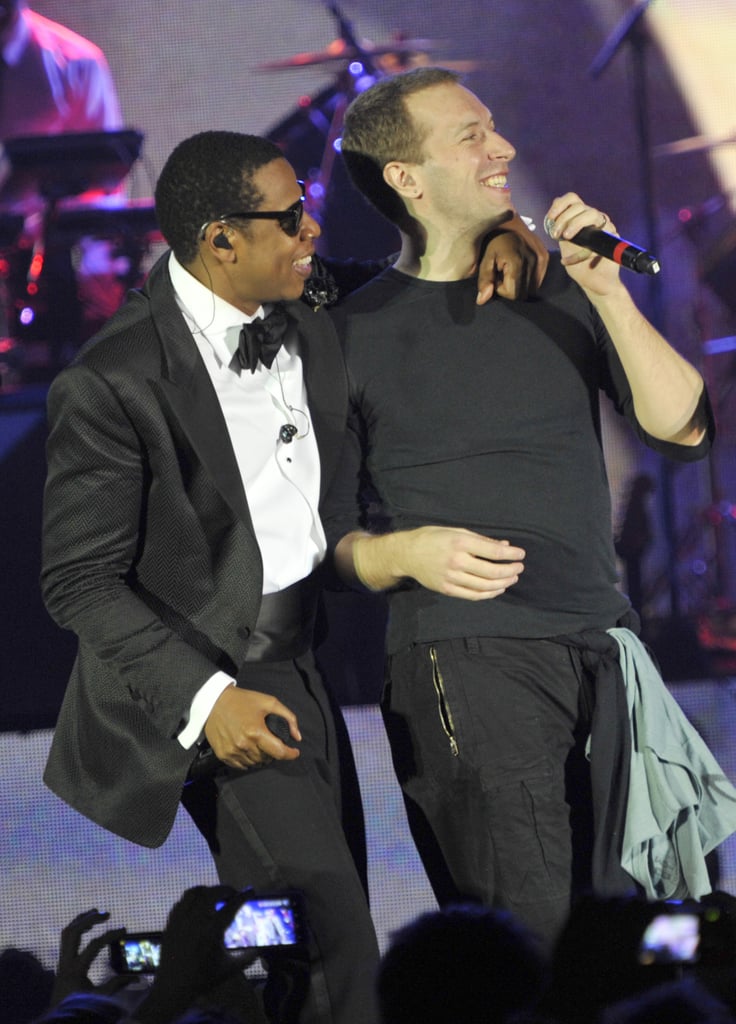 While Beyoncé's friendship with Gwyneth Paltrow has been well-publicized, it's not as widely known that Jay Z and Chris Martin are also buddies. The musicians met in 2006 and soon hit it off professionally. Later that year, Chris collaborated with Jay on his comeback album Kingdom Come, and the two hit the stage together at the 2009 Grammys as well as multiple shows at London's Wembley Stadium. Of meeting the Brooklyn-bred MC, Chris told The Sun, "When Jay first said, 'I like your band,' I was, like, 'What the f*ck are you talking about? No, you don't!'"

If that wasn't proof enough of their friendship, Chris's ex-wife, Gwyneth Paltrow, famously told Now UK in 2013 that their kids, Apple and Moses, call the rapper "Uncle Jay," and Gwyneth spent the 2016 Super Bowl hanging out with Bey and Jay's daughter, Blue Ivy.