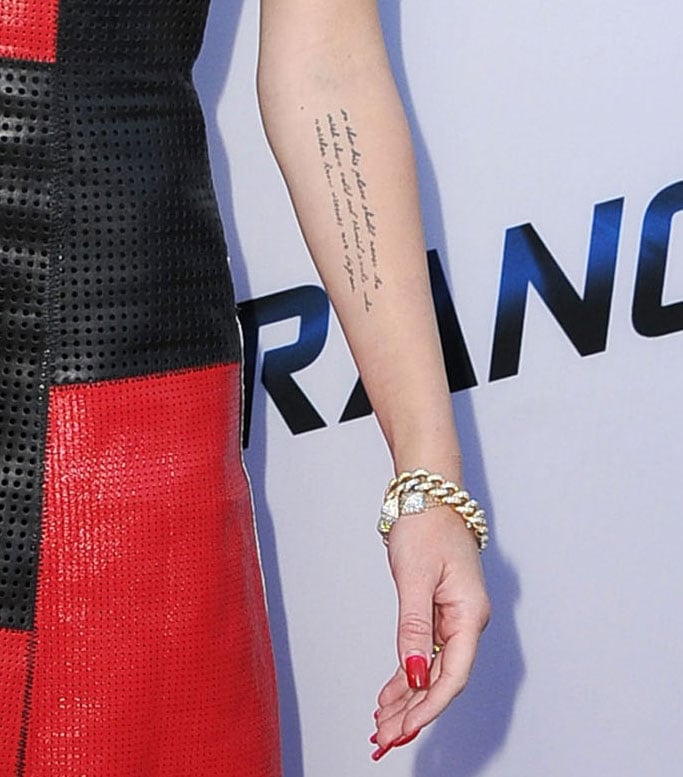 In 2012, Miley and boyfriend Liam Hemsworth got coordinating tattoos on their left arms of quotes from Theodore Roosevelt. Miley had hers done in July of that year and chose an excerpt from the former president's legendary "Citizenship in a Republic" speech: "So that his place shall never be with those cold and timid souls who knew neither victory nor defeat." In October, Liam picked a line from the same speech that reads, "If he fails, at least fails while daring greatly," that many assume is missing a "he." Oops.