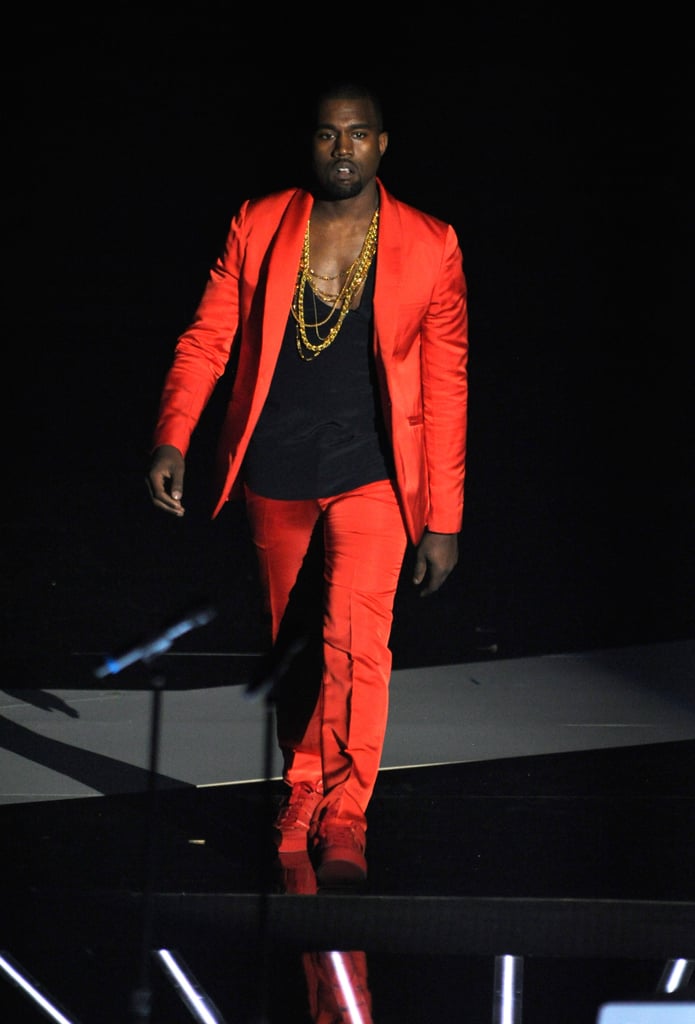 Taylor wasn't the only one who seemed to have the fated interruption on her mind a whole year later. On a bit of a subtler note, Kanye performed "Runaway," a new song that one might call an unconventional apology. He does wax poetic about his poor treatment of women within the lyrics, but he also calls for a "toast to the douchebags" and assh*les. Seeing as his Twitter storm cited a new song about Taylor, it was widely agreed that this was it.

Steph Curry
See Steph Curry's Baby "Work Out" in Their Home Gym: "Questionable Form but We Will Take It"
by Chanel Vargas 22 hours ago