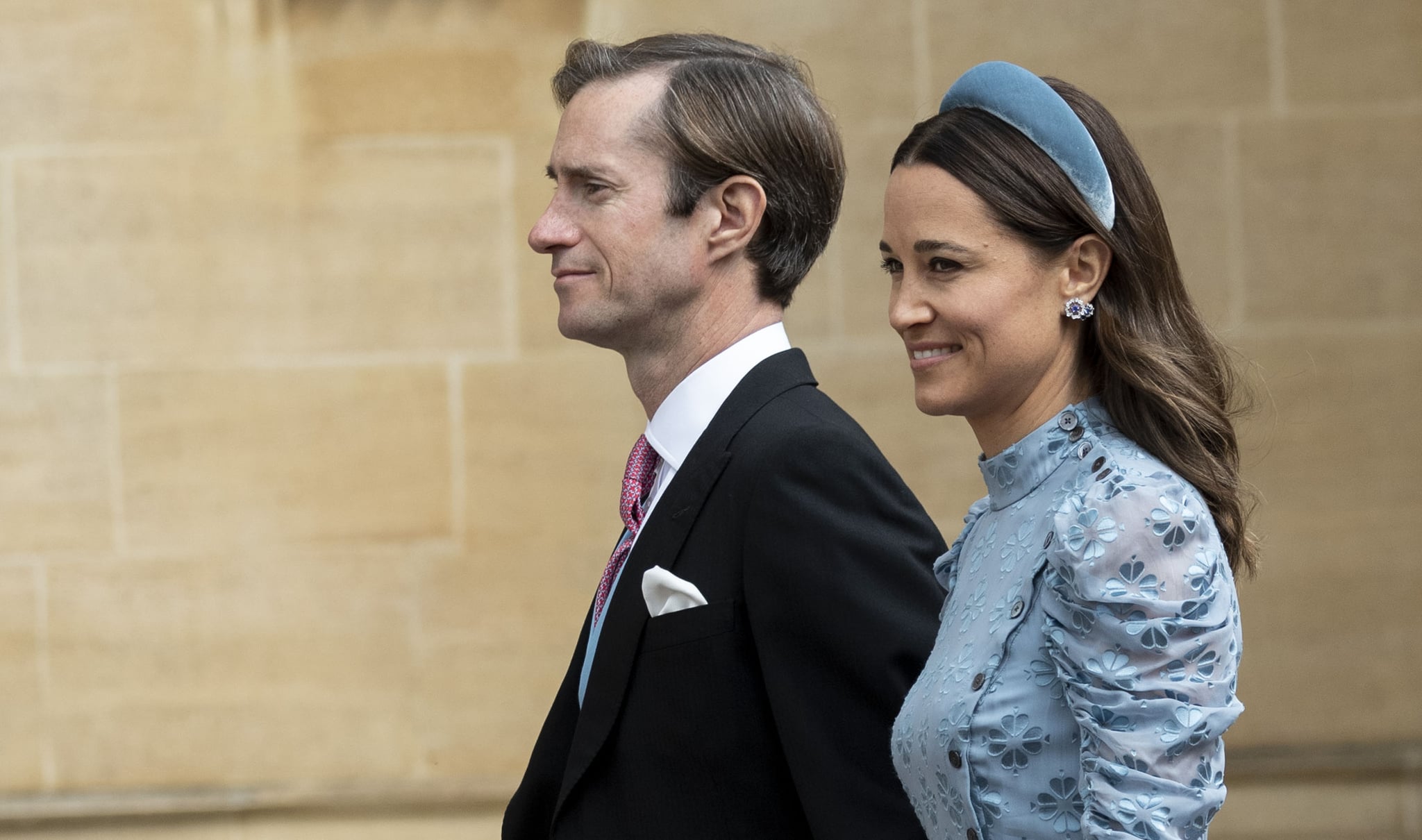 Pippa Middleton and husband James Matthews are a family of five now! The couple made headlines at the Party at the Palace following Queen Elizabeth's June 2022 Platinum Jubilee, when Middleton — younger sister of the Duchess of Cambridge — debuted her baby bump in a gorgeous green gown. On July 11, People announced that the two had welcomed their third child, a baby girl, just a few weeks prior. The little one's name has yet to be revealed.

Since Middleton and Matthews's marriage in 2017, the couple have welcomed two other children together: Arthur Michael William and Grace Elizabeth Jane. While Middleton has kept her growing family mostly out of the public eye, she has given fans small glimpses into their life.

In a 2021 interview with fitness brand Hoka (per Yahoo News), Middleton opened up about her family's active lifestyle. "Being such an active family has rubbed off on my son — he loves nothing more than running wild in the woods, parks, and fields with our two dogs," she said. Learn more about the couple's kiddos below.

The couple's eldest child, Arthur, was born on Oct. 15, 2018, in the Lindo Wing of St. Mary's Hospital — just like his three royal cousins, according to People. Not only is he Middleton and Matthews's firstborn, but Arthur is the first nephew or niece of Prince William and Kate Middleton.

Middleton publicly shared her pregnancy journey and first year of motherhood. In June 2018, she confirmed the exciting baby news in the UK monthly magazine Waitrose. Over the course of her pregnancy, Middleton wrote about her pregnancy fitness schedule and favorite workout classes in the magazine.

Six months after welcoming her baby boy, Middleton shared they had begun swim lessons. "Starting my son Arthur swimming at four months old has given him confidence and enjoyment in water," the new mom wrote, as reported by Hello! "He's now six months old, and swimming is one of our favorite activities. The exercise helps guarantee sound daytime sleeps, and the movement has improved his digestion... Water activity is a great form of exercise you can do with your baby."

Funnily enough, Middleton's mother, Carole Middleton, was the first to confirm that the couple were expecting their second child together. She hinted at an upcoming baby announcement in a December 2020 interview with Good Housekeeping UK, saying, "I hope to see more of my family than I could last year, including, of course, my new grandchild."

by Lindsay Kimble 6 minutes ago