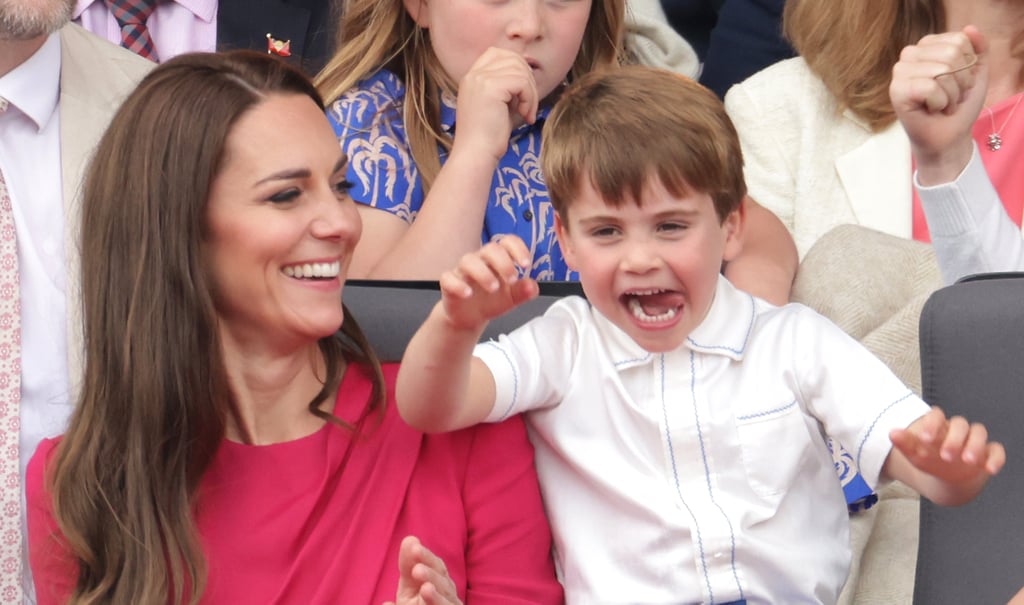 Prince Louis made a big splash at Sunday's Platinum Jubilee Pageant as his meme-able antics were once again the talk of the town. The 4-year-old royal made his presence known during the final event for the Platinum Jubilee, attending the grand celebration with his parents, Kate Middleton and Prince William, and siblings, Prince George and Princess Charlotte.

On Sunday, cameras captured the toddler's cheeky behavior as he sat alongside his mother during the pageant, and his hilarious reactions, of course, went viral on social media as his energy could not be contained. The Duke and Duchess of Cambridge shared a note via Twitter on June 6 to express their gratitude for the four-day event and slip in a quick joke about their son's reactions over the weekend.

"Thank you to everyone who turned out to show their gratitude to The Queen and her inspiring 70 years of leadership," they tweeted. "From the crowds on the Mall to communities hosting street parties up and down the country, we hope you had a weekend to remember." In another tweet, the couple added: "We all had an incredible time, especially Louis… 👀."

On June 2, Louis made his carriage debut at Trooping the Colour along with Charlotte and George, as all three rode in the parade's procession with their mom and Camilla, Duchess of Cornwall. The royal family viewed the celebration from the famous Buckingham Palace balcony, sans Prince Harry, Meghan Markle, and their two kids, Archie and Lilibet Mountbatten-Windsor. However, the Duke and Duchess of Sussex did watch the ceremony from inside the palace and attended the National Service of Thanksgiving at St. Paul's Cathedral the following day. They even got the chance to introduce Lilibet to the queen in person for the first time.

The queen's Platinum Jubilee proved to be an eventful occasion for all the royals, including Markle and Middleton, who both had their fair share of notable fashion moments. But overall, Louis might've had the most fun during the festivities. See all of his funny reactions during the pageant ahead.