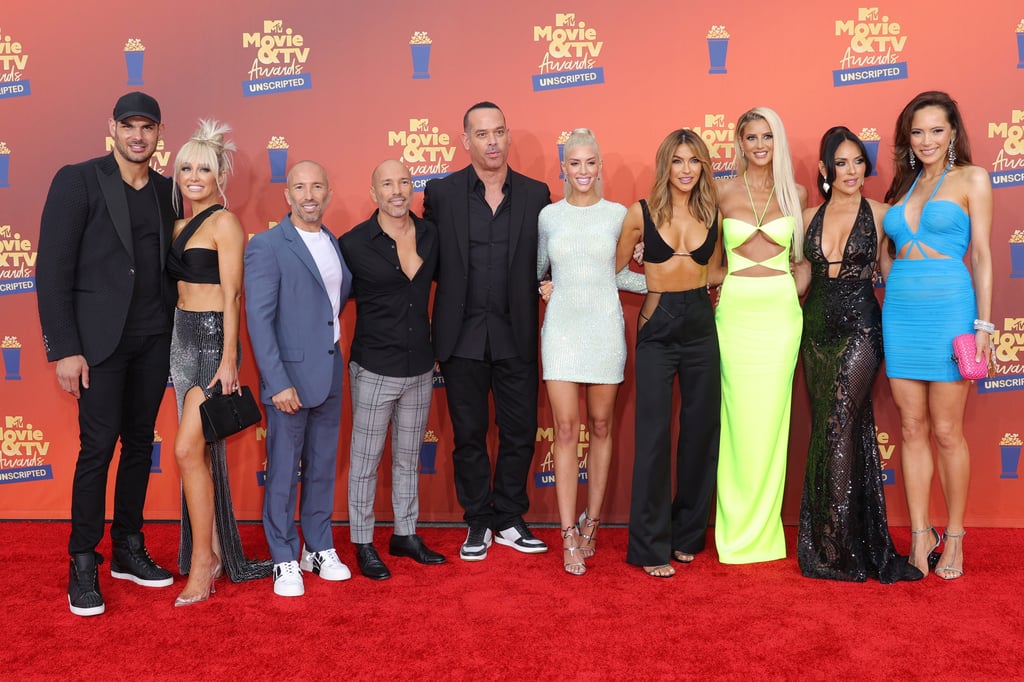 Related:
Christine Quinn Explains How She Negotiated the Highest Salary on "Selling Sunset"

"Selling Sunset" follows the realtors of Los Angeles's Oppenheim Group as they fight to sell the city's most expensive homes. It also follows them as they deal with no small amount of interpersonal drama. The show was nominated for best docu-reality series at the award show alongside "Summer House," "The Real Housewives of Beverly Hills," "Jersey Shore: Family Vacation," and "Love & Hip Hop: Atlanta." "Selling Sunset" is on its fifth season and is set to return for a sixth. A spinoff, "Selling Sunset: Selling the OC," is also on its way.

Cast member Stause was incredibly glamorous in glossy black pants and a crop top, while Hernan glowed in bright yellow. Read on to see the cast reunite on the red carpet.

STARZ
"P-Valley"'s Katori Hall on the Spectacle of Season 2: "Everybody Can Clock That the Show Is Good"
by Njera Perkins 2 hours ago