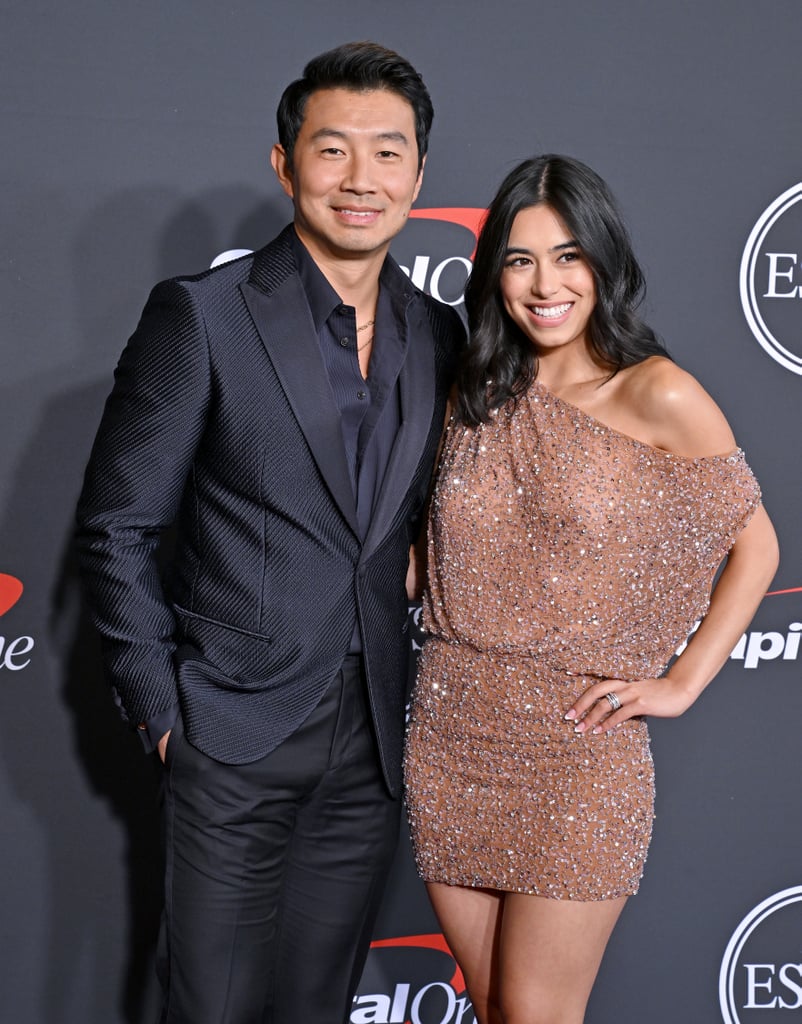 We hate to break it to you, folks, but Simu Liu appears to be off the market. The "Kim's Convenience" actor made his red carpet debut with his rumored girlfriend, "Senior Year" star Jade Bender, at the ESPY Awards in Los Angeles on July 20. The pair kept it low-key and PDA-free as they posed for photos together before heading into Dolby Theatre, where Liu presented on stage with skier Lindsey Vonn. Liu, 33, wore a textured navy suit for the award show, while Bender, 24, looked glam in a sparkly one-shoulder minidress.

Rumors have been swirling about Liu and Bender's relationship status for the past month. The pair were spotted leaving dinner at Catch LA on June 19, and the following week, Bender accompanied Liu to his "Jimmy Kimmel Live" appearance, where he talked to guest host Chelsea Handler about his new book, "We Were Dreamers." Plus, their Instagrams reveal a few clues: they both shared photos from a possible joint getaway in the Bahamas at the end of June, and Liu has left comments on Bender's recent posts. It's unclear how they met, but they have known each other for several years and were first photographed together at the the 2019 Unforgettable Gala, an annual award show that celebrates Asian American and Pacific Islander talent in media. Neither has publicly commented on their brewing romance.

Liu is juggling a jam-packed schedule these days. He's one of many stars in Greta Gerwig's "Barbie" movie, which just finished filming, and also set to appear in sci-fi thriller "Hello Stranger," Mark Wahlberg's adventure film "Arthur the King," and the untitled sequel to Marvel's "Shang-Chi and the Legend of the Ten Rings." Bender most recently starred in Netflix's "Senior Year" alongside Rebel Wilson, Sam Richardson, Justin Hartley, and more.

Read ahead to see Liu and Bender on the ESPYs red carpet, and stay tuned for more details on their latest outings.