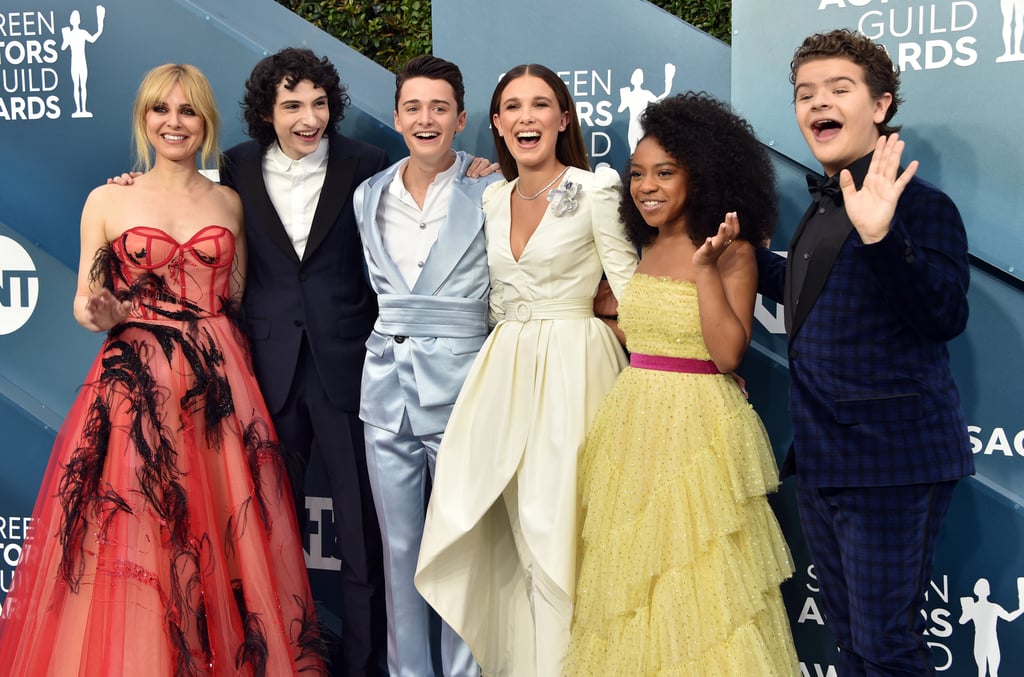 The Stranger Things cast is officially back together again! On Sunday night, the stars of the Netflix series were in full force as they attended the SAG Awards. While Dacre Montgomery and his girlfriend Liv Pollock cuddled up for the cameras, Cara Buono, Finn Wolfhard, Noah Schnapp, Millie Bobby Brown, Priah Ferguson, and Gaten Matarazzo all posed for a big group photo. Like the stars mentioned on the red carpet, this is actually the first time many of them have seen each other since the show's big season three premiere in June 2019.

It was certainly a fun night for the young stars. Not only were they up for outstanding performance by an ensemble in a drama series, but they are expected to start filming season four very soon. While chatting with People TV, Noah Schnapp teased that he's already read the script for the first four episodes. "I can't say anything about it, but it's going to be good." See more of their night ahead.

Related:
Here Are All the Winners of the 2020 SAG Awards!
Previous Next Start Slideshow
Stranger ThingsRed CarpetSAG AwardsAward Season 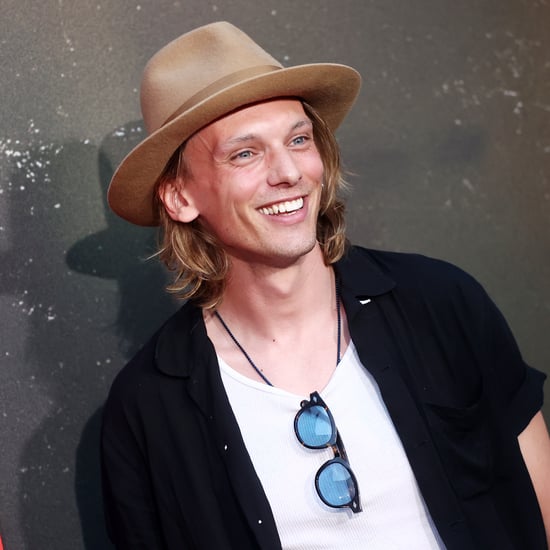