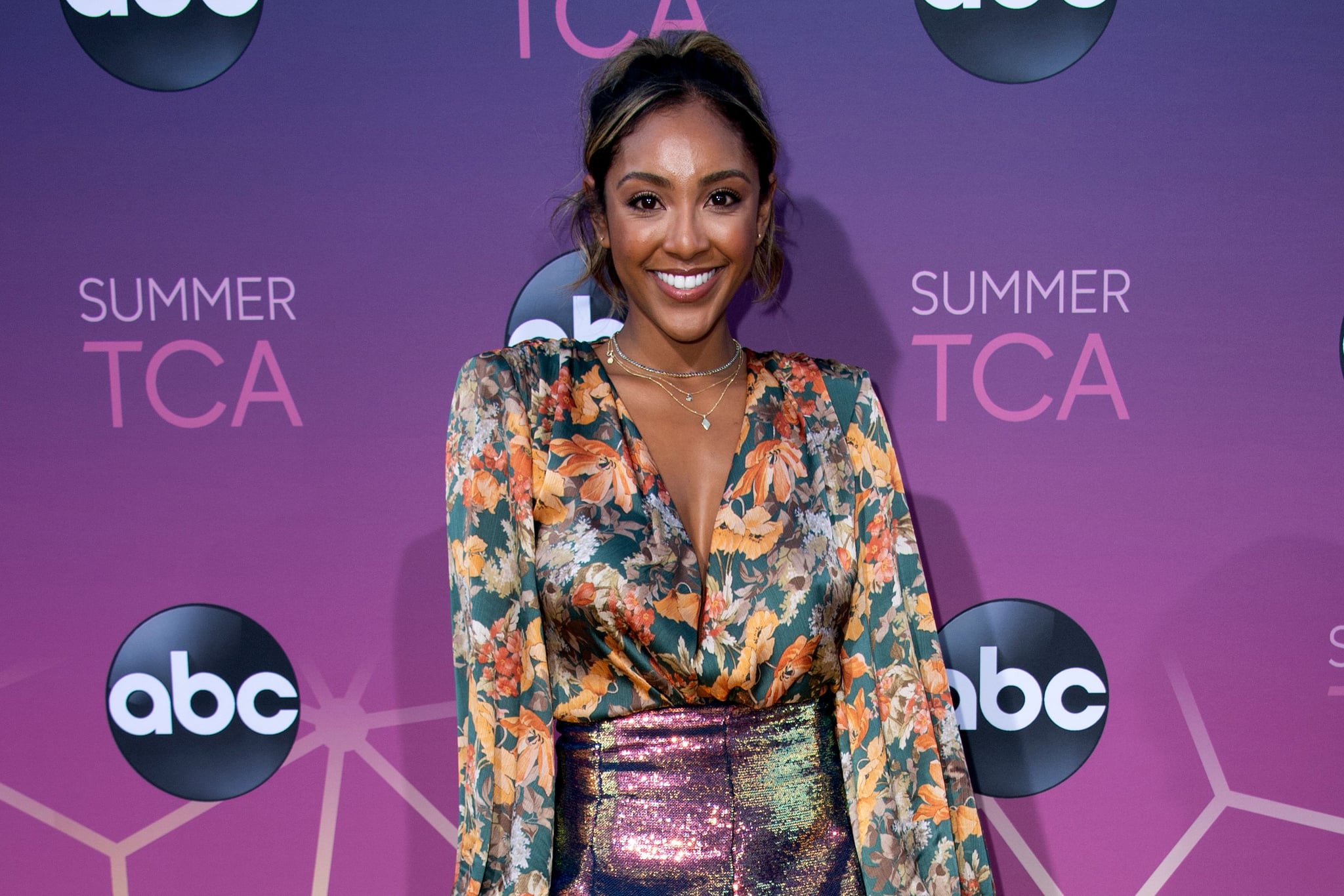 Before Tayshia Adams even set foot in Bachelor Nation, she had a normal life. The California native and current Bachelorette was even married once upon a time. Her husband, she once said, was her first boyfriend, Josh Bourelle, and the two married in 2016, according to Us Weekly. After just a year of marriage, though, the pair split, and Tayshia has been open about her relationship history during her journey in the Bachelor franchise.

When she first appeared on Colton Underwood's season of The Bachelor, she shared about her divorce, telling Colton, "There's a lot to me that makes me me. This past year and a half has been kind of hard for me, and it's actually because I was married and I got divorced. I actually married my first boyfriend, and I was with him for about six years or so. I guess I could, kind of, sense we weren't doing very well. And I think that's why I fought so hard just to try to do as much as I possibly could."

Tayshia also told fellow Bachelor Nation alum Dean Unglert in 2019 that she was afraid to tell her mom about the divorce. In an appearance on Dean's podcast, Help! I Suck at Dating, she said, "I felt a lot of pressure to make sure that my marriage worked, so at the same time, I made sure to do everything I needed to do in order to know that I did everything I could at the end of the day. It definitely was scary to tell my parents it's just not working out."

She found confidence in knowing it was time to call it quits on her marriage, though, and she's grown from it. She also told Colton during The Bachelor, "[My divorce is] the toughest thing I've gone through, and I think that's what's made me so strong and fearless." And since then, she's gone on to date Colton, headed to Bachelor in Paradise and found romance with John Paul Jones, and most recently taken the reins as the current Bachelorette.

Hulu
This May Be Shrill’s Final Season, But We'll Jam to This Soundtrack For Life
by Amanda Davis 2 hours ago

Nostalgia
The One Where They Get Back Together: Watch the First Teaser For the Friends Reunion
by Monica Sisavat 7 hours ago