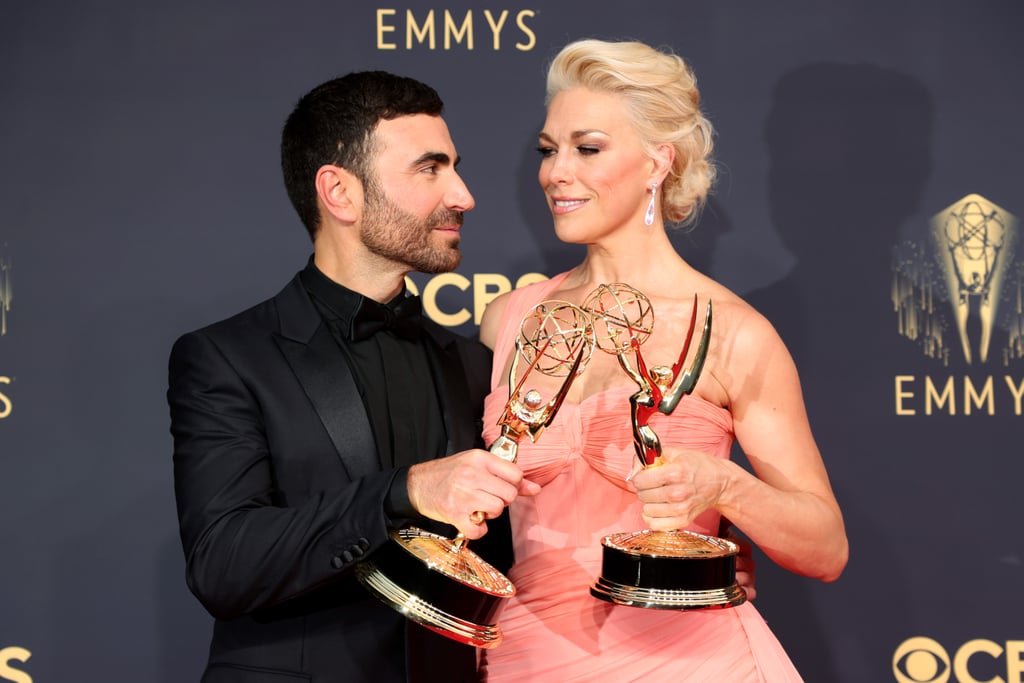 Trent Crimm of The Independent would be truly speechless after taking one look at the cast of Ted Lasso at the 2021 Emmys. Jason Sudeikis, Brett Goldstein, Brendan Hunt, Hannah Waddingham, Juno Temple, and more stars from the beloved Apple TV show pulled up to the ceremony in Los Angeles looking like a bunch of superstars. And in the wise words of Ted himself, they are definitely "not in Kansas anymore." The show was nominated for a whopping 20 Emmy Awards, and it shaped up to be a big night for the feel-good series as they won 7.

It began with the first award of the night when Hannah had the entire crowd cheesing with ear-to-ear smiles when she accepted the trophy for outstanding supporting actress in a comedy series for her role as Rebecca Welton. "Jason, you've changed my life with this, and more, importantly my baby girls', and honestly, I'm so privileged to work with you, I really am," she said. "Juno Temple! If I could break off one of her arms and give it to you because that's what you are to me. There's no Rebecca without Keeley!" Check out the fabulous photos of the cast of Ted Lasso at the Emmys ahead. Football is life!