A new funny family is moving into the White House — and NBC's coveted Thursday night lineup — on Jan. 10. Midseason series 1600 Penn stars Bill Pullman as the presidential patriarch to a wacky First Family, including dim bulb Skip (Josh Gad) and new trophy wife Emily (Jenna Elfman). NBC is airing a preview of the pilot tonight, and we're letting you know whether we're voting yea or nay on the comedy. 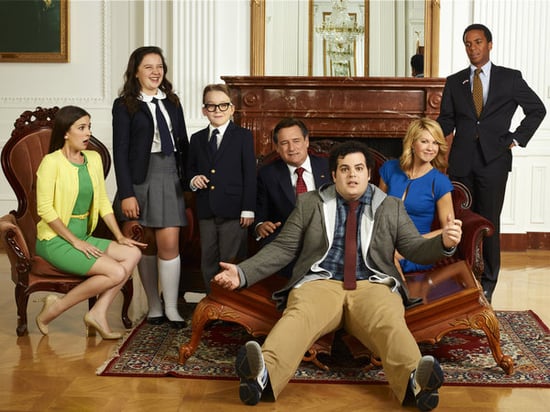 Watch a preview and see all the pictures for 1600 Penn after the jump.