Later today, I'll be heading to Indio, CA along with Fab and the winners in our H&M contest to check out the awesome lineup of artists at this year's Coachella Music Festival. Friday alone has enough bands to make my head spin between She & Him, Vampire Weekend, and Jay-Z, so something tells me I'm going to be very, very tired when all of this is over. 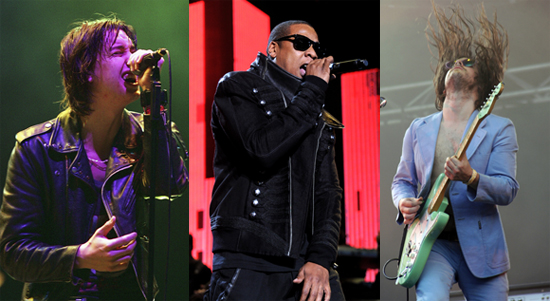 Follow me on Twitter throughout the next few days — I'll be there through Monday! I'll send you guys any star sightings and band pics I get as I wait for each act to take the stage (and, of course, you can check back on Buzz for the highlights). To prep for the whirlwind weekend, I'm jotting down a few must sees to help me prioritize. Give the list a look when you read more.

Are any of you headed to the festival? Who are your top acts to check out?

Image Sources: WireImage and Getty
Jay ZCoachellaMusicFlorence And The Machine

The Weeknd
Chloe Bailey's "Earned It" Cover Was So Mesmerizing, The Weeknd Had to Bow Down
by Kelsie Gibson 1 day ago