Leslie Mann and Paul Rudd stole the show as Katherine Heigl's older sister and brother-in-law, Debbie and Pete, in 2007's Knocked Up, and now the characters are back in Judd Apatow's This Is 40. In the trailer, we catch up with the married couple a few years later, and instead of sniping at each other about their family, they're dealing with getting older. As they try to exercise more and be more involved in the lives of their kids (once again played by the real-life daughters of Apatow and Mann), they get some help from other Apatow regulars like Jason Segel and Melissa McCarthy. 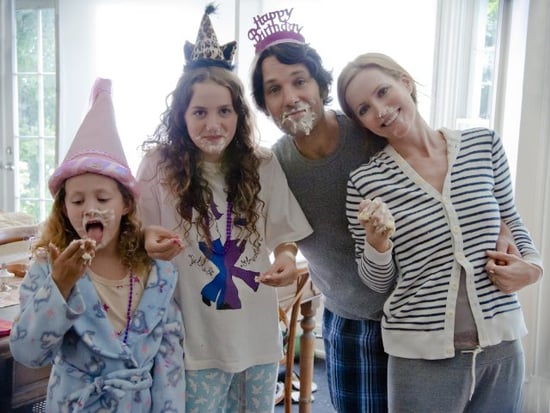 Pete and Debbie are my favorite part of Knocked Up, so I've been dying to see footage for This Is 40, and while I laughed at the trailer a few times, I'm a little bit underwhelmed. The plight of aging kind of comes off as depressing, and I also wanted to see more of Pete. Still, my hopes are high for this one, which comes out Dec. 21, so let me know what you think when you watch the trailer.