ABC is bringing a new "supernatural soap" to prime time with 666 Park Avenue. The series stars plenty of familiar faces from the network, including Lost's Terry O'Quinn, Brothers and Sisters' Dave Annable, Grey's Anatomy's Rachael Taylor, and Vanessa Williams, who is fresh off her stint on Desperate Housewives. Those actors were joined by the show's executive producers at the TCA to talk about their creepy new show, which follows the residents of a swanky Park Avenue building called The Drake. 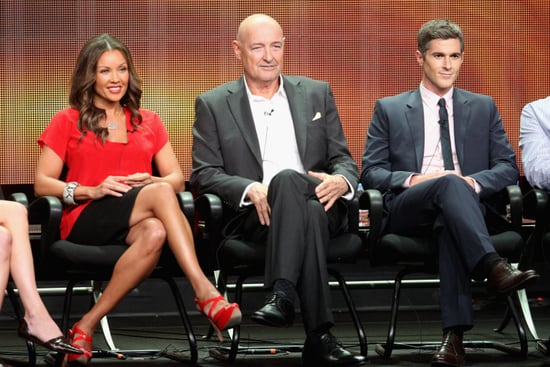 Annable and Taylor star as the wide-eyed new tenants, who are hired by Gavin (O'Quinn) and Olivia (Williams) to manage the building. Little do they know that living in splendor comes with a price, which their neighbors are beginning to learn as dark things start happening to them. There are plenty of questions raised in the pilot (and just in the promos for the show), so here are five things you should know about 666 Park Avenue.

To see what else you should know, including possible spoilers, just read more.