Life has a funny way of working itself out for the 90210 kids, who seem to fall face first into money and fame. Between Liam landing a modeling gig without so much as trying, and Dixon magically booking a guest spot on Billy Bush's radio shows, it was just another typical week in Beverly Hills. Even the blacklisted Adrianna found herself back in the limelight after a long hiatus from performing. 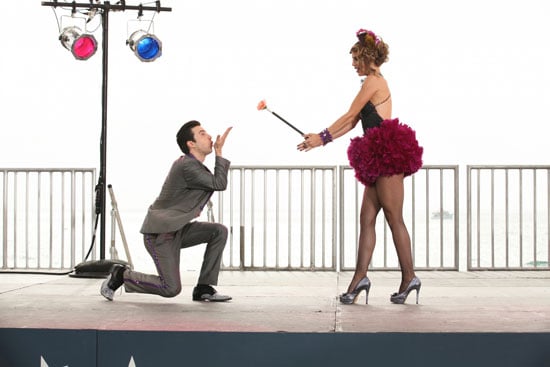 Annie's luck is also looking up when she finds a wealthy, new friend — or is he a client? Let's discuss when you keep reading.

How did you feel about this week's episode? Are you upset Naomi and Max are over, or would you rather see her with the cowboy? Did you enjoy seeing Adrianna redeem herself? Sound off in the comments!

HBO
The Vow: The Surprising Connection Between Catherine Oxenberg and the Royal Family
by Monica Sisavat 2 hours ago