After a long midseason break, 90210 picked right back up this week. As we witnessed with the show's nailbiting cliffhanger, Mr. Cannon is indeed back for Naomi, and he wastes no time in making an appearance. In other drama, Adrianna tries to smooth over her reputation, Charlie tells Liam the truth about their childhood, and Dixon tries to handle Teddy's sexuality. 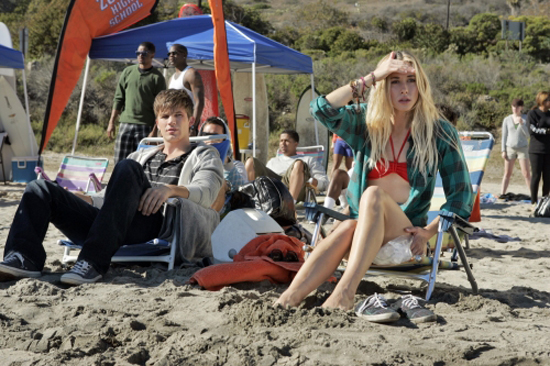 It's all pretty heavy stuff with one exception: Annie's new house guest. Cousin Emily comes to visit the Wilson family for five months, and she's quite the ball of energy, from her sparkly pink shirts to her obsession with celebrity gossip. Am I the only one who thinks she's going to go all single white female on Annie? Think on that, but first let's break down the biggest moments of the episode after the jump.

What did you think of the episode? Are you glad to see the Mr. Cannon saga all tied up? What's your take on the many love triangles happening on the show (Adrianna, Silver, and Navid; Annie, Charlie, and Liam)? Weigh in below or check out the 90210 Superfans group in the community.

Netflix
The Social Dilemma: Everything You Need to Know About Tristan Harris
by Emily Weaver 14 hours ago

Netflix
What Is Qwant? You'll Want to Check It Out After Watching The Social Dilemma
by Corinne Sullivan 18 hours ago