Do you think they could've packed any more cliffhangers into this midseason finale of 90210? My head is still spinning! For a show that's high on drama, this episode churned out one jaw-dropping scene after another. 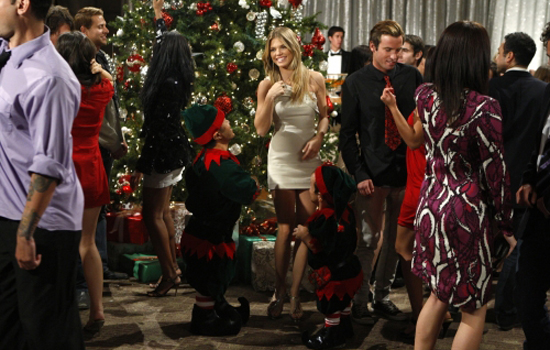 It starts off predictable enough: Adrianna's acting like a total snot, Navid and Silver awkwardly avoid each other, and Ivy's still mad at her mother. But once we get about 40 minutes into the show, wham! The teens' hormones go into full effect as multiple couples get busy — and it's not just the regular pairings. I can't wait to talk about everything that happened, so let's jump in when you read more.

What did you think of the midseason finale? Which new couple has you most excited? And what do you think will happen with Mr. Cannon? Weigh in below or check out the 90210 Superfans group in community.