It seems that everyone is after the kids of 90210 this week. First up, Emily's scheming continues, as she plots to take down Annie by ruining her audition for a local play. Naomi also deals with an untrustworthy Guru Sona, whose real character comes to light. And then there's Teddy, who receives an anonymous blackmail note in his locker. 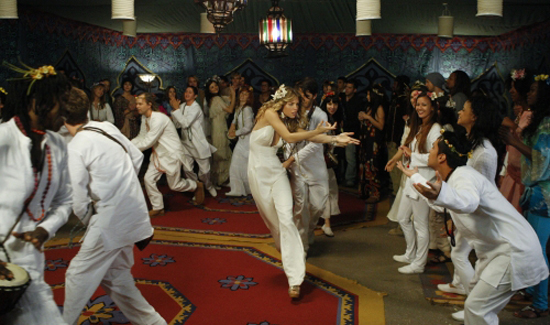 The good news: Navid calls it quits with Adrianna (about time!), but she may be onto his fling with Silver. Uh-oh. Let's recap the night's drama when you read more.

Are you bummed to see Teddy and Ian split so soon? How long do you think it'll take until Adrianna realizes that Silver is the mystery woman? Weigh in below or check out the 90210 Superfans group in the community!

TV
Who Is the Sun on The Masked Singer? We Have Some Bright Ideas
by Kelsie Gibson 14 hours ago

Netflix
The Haunting of Bly Manor Isn't Inspired by a Real Place, but We Do Know Where They Filmed
by Amanda Prahl 17 hours ago