I have to say it: 90210 is on a hot streak (and I don't just mean the shirtless guys dressed as firemen). This week's episode is bursting at the seams with juicy drama, a few expected conflicts, and a very jaw-dropping cliffhanger that I absolutely did not see coming. 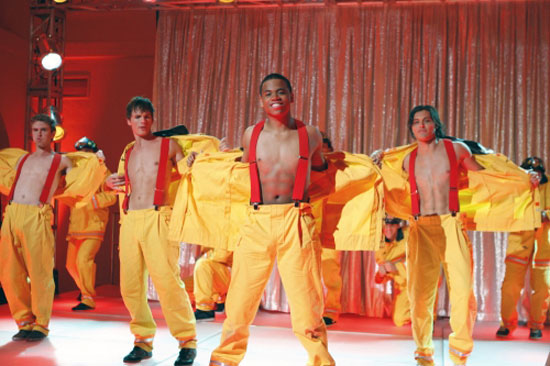 As Silver is planning a breast cancer benefit, she rounds up her best guy friends for a bachelor auction, but each of the dudes is having his own relationship issues. Liam can't shake Annie, Dixon and Ivy get ready to go all the way, and Teddy's still grappling with his own sexuality. Let's break it down when you read more.

Did you love this week's episode as much as I did? Were you more shocked by Teddy's outburst or Sasha's big secret? Let's chat about it, and be sure to stop by the 90210 Superfans group in the Buzz Community!

Jason Sudeikis
Will Ted Lasso Score a Second Season? Here's What We Know
by Ashley Broadwater 2 hours ago

Saved by the Bell
There's a New Queen of Bayside, and Her Name Is Josie Totah
by Grayson Gilcrease 6 hours ago