The 90210 kids got a fresh start after graduating from West Beverly, but the group is already experiencing a new set of problems in their post-high-school days. Annie may have turned Liam down twice in the first episode of this season, but the former couple brings up the breakup baggage yet again in this week's episode. 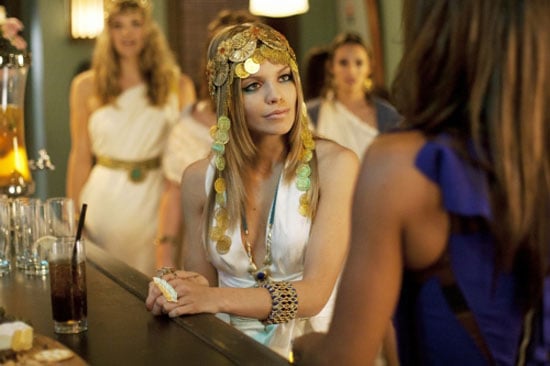 Naomi continues to plot her revenge against her college enemy Holly, and enlists the help of an unlikely group of allies to take the sorority president down. Meanwhile, Navid's revamping of Shirazi Studios hits an unexpected roadblock that could unravel all his hard work. To find out details of Naomi's latest scheme, Navid's business woes, and more just keep reading.

What did you think of this week's episode? Do you think Liam is actually serious about Jane; is he trying to hastily move on from his ruined relationship with Annie? Who would you rather see him with? Are you enjoying the war brewing between the sorority sisters? Tell us in the comments!

TV
We Can't Wait to See Javicia Leslie's Batwoman Suit in Action: "[It's] Her Moment!"
by Grayson Gilcrease 6 hours ago

Netflix
Every Wondered How Many Times Flora Says "Perfectly Splendid" in Bly Manor? It's a Lot
by Chanel Vargas 8 hours ago

HBO
The Undoing's First Season Is Short and Sweet, So It Won't Be Long Until the Killer Is Revealed
by Monica Sisavat 8 hours ago