Spanish director Pedro Almodovar's The Skin I Live In will be out in the US this Friday, and he was in NYC this week to screen the film during the New York Film Festival. He and his leading man Antonio Banderas linked up for interviews Monday. The thriller is their latest collaboration after a 21-year break from working together; their last project was 1990's Tie Me Up! Tie Me Down!, and Almodovar helped launch Banderas's career with other Spanish-language projects like Matador and Women on the Verge of a Nervous Breakdown. Both spoke about their professional reunion, and Banderas revealed what it's like to fully place his trust with a director. Almodovar, who prefers to work independently in Europe, also spoke about the only two actresses he'd be tempted to work with in English. They said: 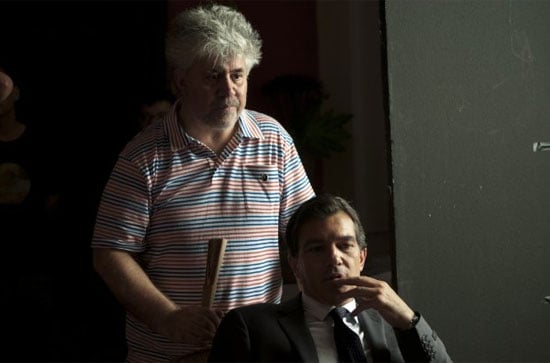