Casey Affleck and Rooney Mara star in Ain't Them Bodies Saints, which has been getting good buzz since it premiered at the Sundance Film Festival this year. Fresh after playing again at the Cannes Film Festival, a trailer has been released for the powerful-looking film. Affleck plays a man who takes the fall for a crime spree, protecting his pregnant wife (Mara), who may be at fault. When he breaks out of prison years later, he finds reuniting with her is not as simple as he thought it would be. 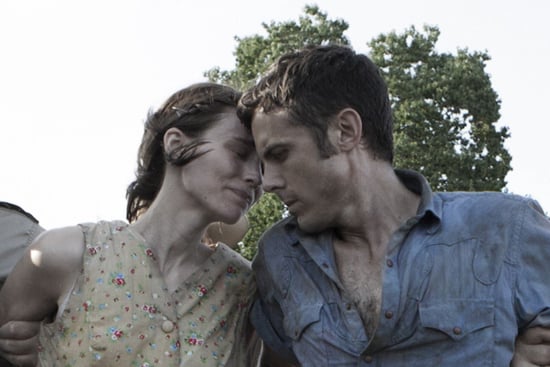 The trailer for the movie is beautifully done, and even though it looks like a pretty emotional investment, I think it might be worth it. Affleck is usually reliable for turning in a good performance, and this is just the kind of dramatic nail-biter he excels in. The movie opens Aug. 16, and you can watch the trailer after the jump.