Alice in Wonderland continues to cast its spell on the box office. The Tim Burton spectacle earned $34.5 million, besting the weekend's newcomers. Of those, children's flick Diary of a Wimpy Kid pulled off a narrow upset over the heavily promoted Jennifer Aniston and Gerard Butler starrer The Bounty Hunter. Kid took the second place spot with $21.8 million, while the latter garnered $21 million for third. 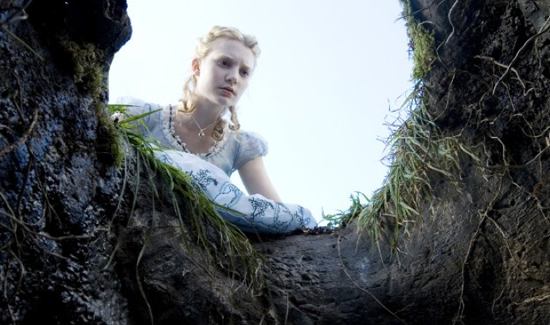 Despite a disappointing number of only $6.1 million, the bloody Jude Law thriller Repo Men squeezed its way into No. 4. Returning rom-com She's Out of My League finished out the top five with $6 million.

Kristen Stewart fans may be a bit disappointed over the figures for The Runaways. The film took in $803K from its small release of 244 theaters for a per theater average of $3,291 — not terrible, but not good either. It's still slated to go nationwide come April, so here's hoping it manages to pick up some steam.

Netflix
Every Question You Have About Netflix's Brazen Ending, Explained
by Emma Vallelunga 4 days ago