Are you ready for Life of Pi meets Open Water — Robert Redford-style? The All Is Lost trailer is here, and it's pretty nerve-wracking. Robert Redford is the only person in the movie, as a man whose ship begins to sink. As time goes on, his situation gets worse and worse, as evidenced by the fact that he ends up on a floating raft with sharks circling below. 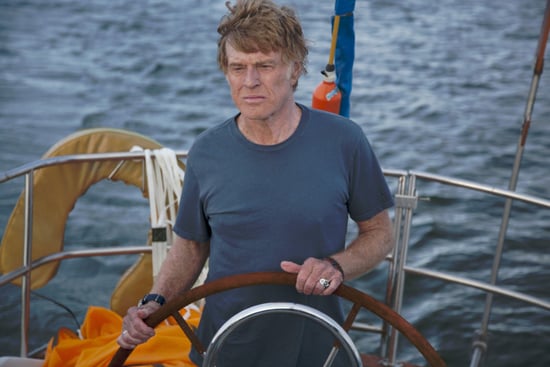 You may be thinking, "Robert Redford in a two-hour, one-man show? Not for me." I urge you to watch the trailer, because it's really mesmerizing. There aren't a lot of words, but the tension is incredibly high and though he's in the middle of the vast ocean, the trailer makes you feel almost claustrophobic. The movie got great reviews at Cannes, and it opens in wide release on Oct. 18. Check out the trailer after the jump.