Spider-Man swung into Comic-Con for The Amazing Spider-Man 2, and star Andrew Garfield was so committed to his role that he not only entered the panel as Spider-Man, spandex suit and all, but he spent half of the panel in character and answering questions as the webslinger. He did eventually emerge as himself, but Garfield was charming and funny both ways, as was his costar Jamie Foxx, who plays Electro, the sequel's villain. The two guys had so much chemistry that we were treated to some funny quips, along with the first trailer for the movie. Keep reading to find out why The Amazing Spider-Man 2 panel was so much fun. 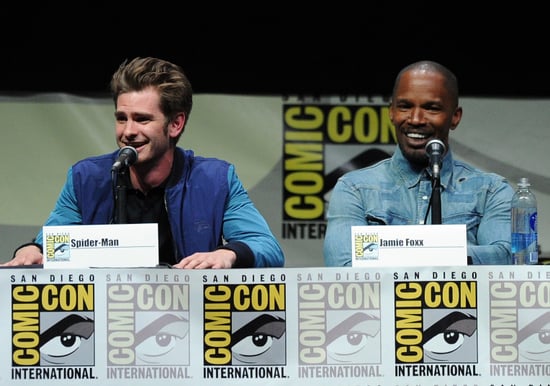 Movies
HBO Max's The Witches Is More Like the Book Than the Classic '90s Film, but With a Twist
by Mekishana Pierre 4 hours ago