This week's episode of American Horror Story: Coven brings us deeper into the Deep South, and I've found myself completely invested in almost every plot point. Misty Day seems to be pretty powerful competition for Fiona Goode, and this time around, she's bringing more than birds back to life. We learn Queenie ended up in the school after voodoo deep-frying her hand, but we're still not sure about clairvoyant Nan's story. Worst of all, there's one more big bad witch on the scene; the voodoo queen Marie Laveau has been alive for 180 years, and she's not going anywhere. 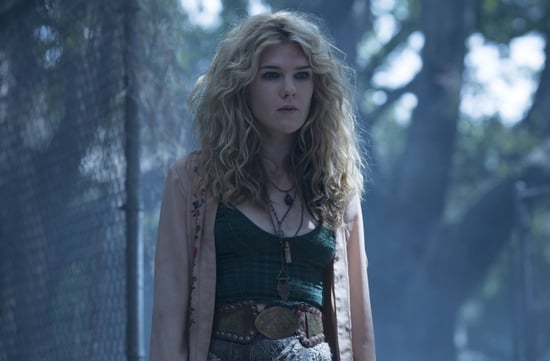 Given the cultural divide between enormously powerful and sinister witches, the intense gifts possessed by girls with little to no experience in witchcraft, and the emergence of even more dark magic, it's already shaping up to be an pretty intense season. Let's go over the most insane moments from "Boy Parts" after the jump.