Magic is great and all, but this week an old-fashioned murderer visits American Horror Story, and his name is The Axeman. Danny Huston guest stars as the creepy killer, and his chilly demeanor is the coolest we've seen since Dr. Thredson's back at the Asylum. While he lives, dies, and lives again, the girls are trying to get to the bottom of Madison's disappearance, and Kyle shows up again! You know, the little lost Franken-frat boy who we last saw darting out into the streets on Halloween. 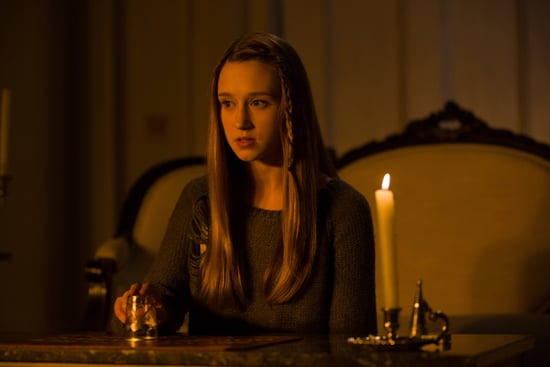 Meanwhile, Fiona is pretty busy reading the minds of her fellow chemo patients (she has cancer, in case you forgot) and Cordelia is adjusting to the blind life. If you're not too busy pumping up the jazz to celebrate American Horror Story's fourth season renewal, let's get into the weird bits after the jump.

Netflix
Never Have I Ever Season 2 Finally Has a Release Date, So Prepare For Even More Laughs
by Kelsie Gibson 52 minutes ago

Emmy Rossum
Turns Out, Fiona Gallagher's Shameless Series Finale Absence Was a Result of COVID-19
by Grayson Gilcrease 21 hours ago

Netflix
Wondering About the Main Characters of Future Bridgerton Seasons? Here's What to Know
by Amanda Prahl 1 day ago

Netflix
Dearest Reader, Bridgerton Has Been Renewed For Seasons 3 and 4
by Kelsie Gibson 1 day ago