When it comes to matters of life and death, American Horror Story: Coven is one show where the term "YOLO" doesn't necessarily apply. Last week left our coven under serious duress, with the young witches in the Academy alone and a group of Marie's zombie puppets knocking at their door. Not to mention that Fiona and Cordelia had gone out together for a little bonding time, only to leave Cordelia with a face full of burning acid, thanks to the attack of a cloaked assailant. 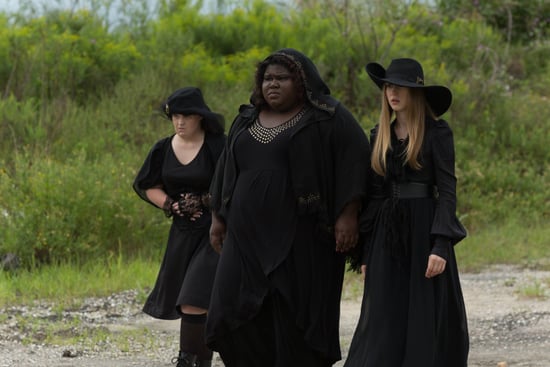 This episode seems to focus on teaching us very specific lessons: what's dead doesn't always stay dead, and secrets that have been buried can't stay hidden forever. Find all about this week's backstabbing, blackmailing, framing, and chainsaw-wielding when you read on.

On a final note, Spalding is still keeping Madison's corpse up in his room, and at this rate, maybe she'll be coming back to life too, missing arm and all. Also, where's Kyle? Isn't he just roaming the streets, caked in blood?

Netflix
Time to Say Goodbye! Over 50 Shows and Movies Are Leaving Netflix in November
by Kelsie Gibson 1 hour ago