Halloween has invaded American Horror Story! Of course, isn't every day Halloween for the coven? This week's episode begins in 1961, a time when the social dynamics in New Orleans were very different. There's a lot of subtext about the separation between the voodoo witches and the white witches, and we get a peek at what Marie Laveau can do when she gets really mad. Trust me, it's all kinds of Hocus Pocus up in here. Back in the present, Queenie is recovering from her minotaur attack (guess he didn't kill her) and the Council on Witchcraft has shown up on the doorstep of Miss Robichaux's Academy. I can't begin to imagine why! 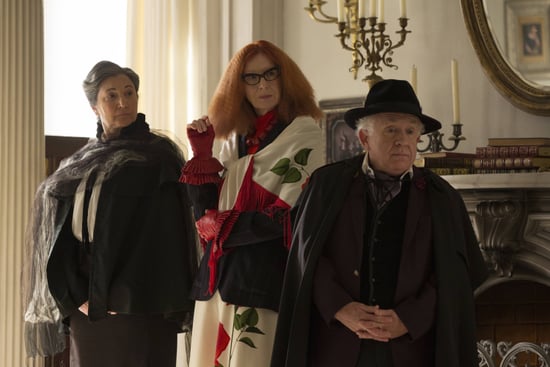 This Halloween-themed episode is all over the place. Not only is there mayhem and mischief at the Academy, but Zoe accidentally lets Kyle go, and now he's running free in the land of trick-or-treaters. We also see what Cordelia's husband gets into when his wife isn't around, and in a completely unrelated segue, American Horror Story alum Alexandra Breckenridge is back! Let's discuss all the twisted details after the jump.

Zara
25 New Zara Pieces That Will Sell Out by November, According to Shopping Pros
by Macy Cate Williams 12 hours ago