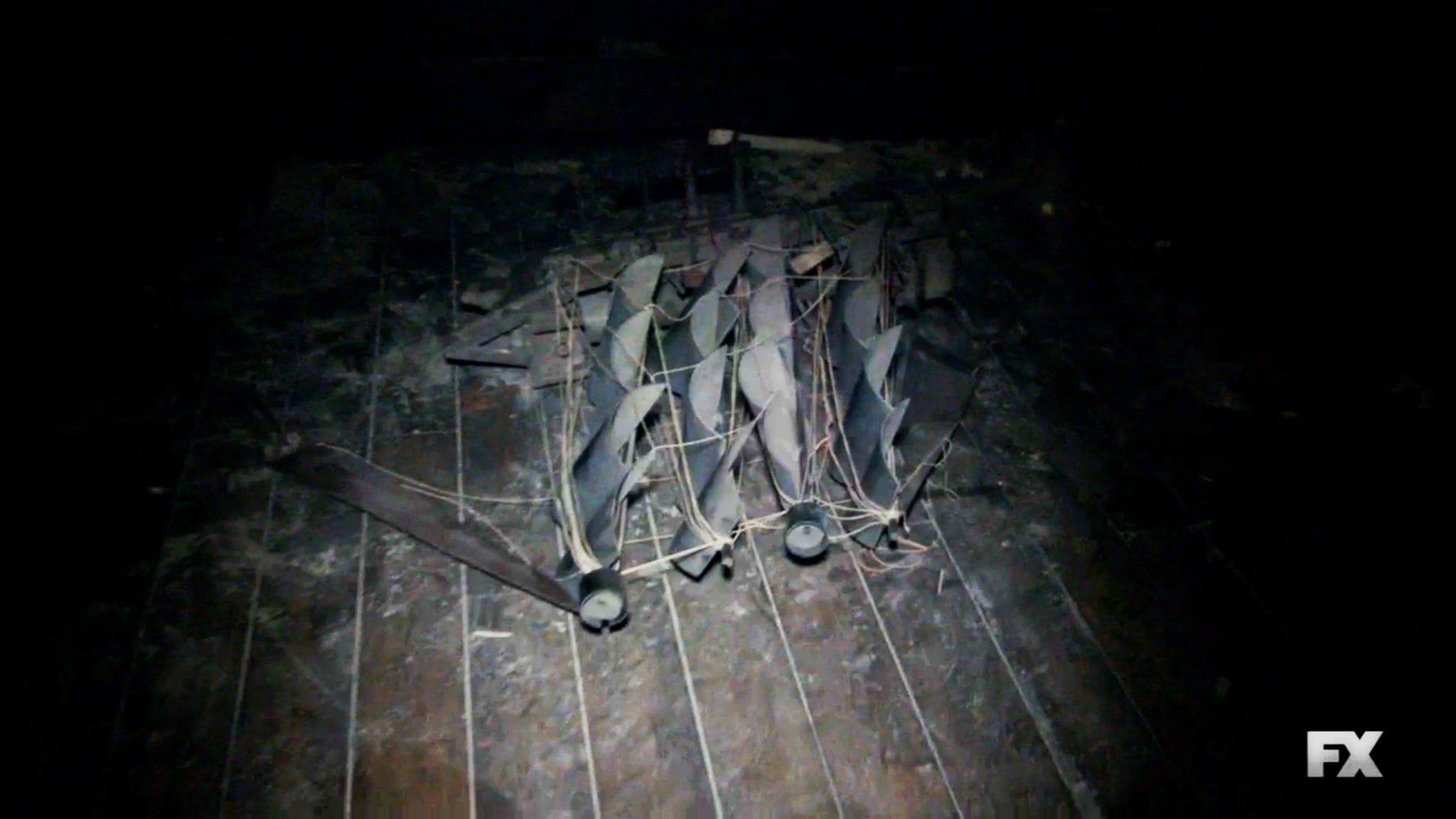 This week marked the season finale of American Horror Story: Roanoke, but we're already looking ahead at what's to come. How can we not? The game-changing anthology series has already scored a season seven renewal, and we already have a few sparse details to keep us interested. Plus, Ryan Murphy has already begun talking about what's ahead, even going so far as to tease a "secret season" and to hint at a return to Coven. With all that bouncing around in our heads, there's something else: the final episode of Roanoke may have dropped a huge hint about where we'll go next.

The first small hint about season seven comes during the Roanoke finale. Once we hop into yet another show within a show called Spirit Chasers, we follow a group of paranormal investigators as they return to the Roanoke house. At one point after Lee appears, a huge crash draws everyone into another room. It's a big, dusty, wooden model ship. You can clearly make out the rows of sails and the body of the ship itself. It seems innocuous at first, and in fact, it doesn't register as a hint until we get the second hint. It came in the form of a short little clip that American Horror Story posted on Instagram and Twitter just after the finale aired.

The monsters are all gone. #AHSRoanoke

A first glance, it's like, "Oh, maybe they want us to take a nice, relaxing vacation after all that stress!" But, come on. This is American Horror Story. Nothing is unintentional. There's something about the way the camera lingers on the model ship for just an extra split second. And then, of course, the rolling waves from the "Sweet Dreams" clip are what makes everything click. There's plenty of fodder here. We thought of a cruise or a shipwreck as one of our theories for season six, citing evil crew members, serial killers, getting stranded, and even being an island castaway as possible horror stories. Even once the teasers for season six began rolling out, a few alluded to a nightmare at sea.

What do you think? Is American Horror Story ocean bound? The hints will only continue to rise to the surface in the months to come. You might say these murky waters will slowly make themselves clear.