American Idol hit the stage at the Winter TCA, and all eyes were on the new judges Jennifer Lopez and Steven Tyler. Randy Jackson, Ryan Seacrest, record producer Jimmy Lovine, and Nigel Lythgoe also showed up to talk about the different approach to the 10th season of the show, Simon Cowell's absence, and the fresh new judging panel. 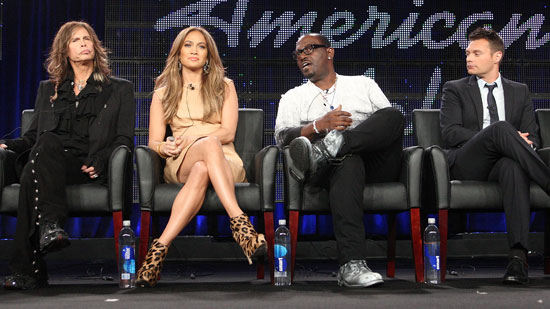 To hear more about the new American Idol panel, including details on the changes and what Lopez will be wearing, just read more.

Stay tuned to Buzz for more TV news from the Winter TCA!