When American Idol comes back for its 12th season this month, there will be a lot more to talk about than the contestants. New judges Keith Urban, Mariah Carey, and Nicki Minaj have joined the panel, and rumors have been swirling about a supposed feud between Carey and Minaj. When the new panel, plus veterans Randy Jackson and Ryan Seacrest, came to TCA to talk about the new season of Idol, they did nothing to dispel the feud rumor. But amid the talk of conflict, we did learn some other things about the new season, like whether we'll see more country or rap because of the talent on the judges' panel. 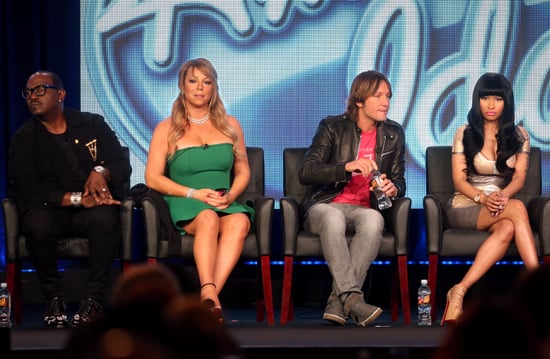