Season 13 of American Idol is just around the corner, and Fox has officially announced its new judges panel. Former judges Jennifer Lopez and Keith Urban are returning to the hot seats, and they'll be joined by Grammy winner Harry Connick Jr., who'd been rumored for the job. The ever-present Randy Jackson will stay on board as the show's in-house mentor. I'm happy Lopez is returning, but mostly I'm wondering who will be the most critical eye. Let's face it — Lopez and Urban are just so nice, and I don't picture Connick Jr. to be as biting as, say, Simon Cowell (I yearn for the old days). Is the new judges combo enough to get you to tune in, or will you skip this season? 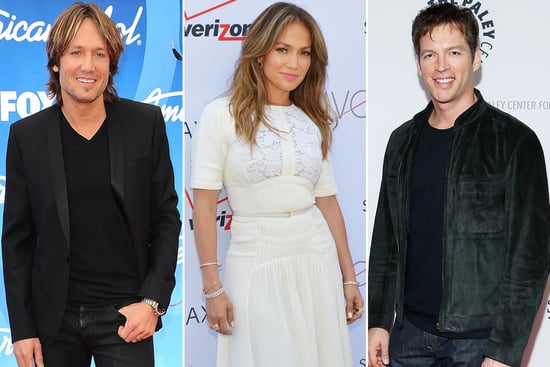 Netflix
The Most Intriguing Mystery of Jupiter's Legacy? The Group's Journey to Becoming Heroes
by Grayson Gilcrease 10 hours ago

Netflix
Wowza! The Cast of Jupiter's Legacy Look Completely Different Out of Character
by Kelsie Gibson 11 hours ago