Brooklyn Nine-Nine might very well be your favorite show — not only is the pilot hilarious, but star Andy Samberg is making his primetime debut, and it's created by the people behind Parks and Recreation and The Office, Mike Schur and Dan Goor. The showrunners and stars, including Samberg, Andre Braugher, Terry Crews, and more, stopped by TCA to talk about their comedy, specifically how silly it will be, what it will have in common with Parks and Rec and The Office, and whether Samberg and friends will get to improv. 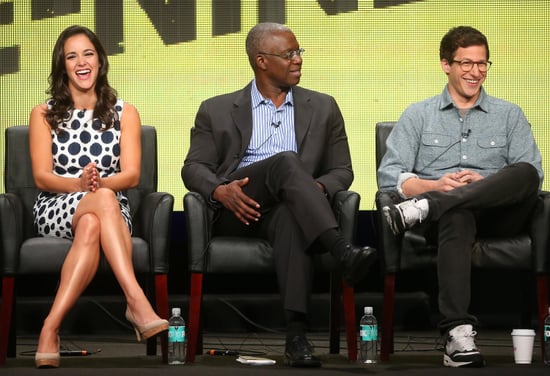 TV
11 Ways WandaVision Could Lead the MCU Into a Wild Era of Mutants, Magic, and More
by Mekishana Pierre 3 hours ago

Netflix
Everything to Know About the Changelings in Fate: The Winx Saga
by Camila Barbeito 3 hours ago

TV
It's a Sin: The People and Events During the HIV/AIDS Outbreak That Inspired the Series
by Navi Ahluwalia 9 hours ago