The cast of NBC's Animal Practice includes Justin Kirk and JoAnna Garcia, but the charming actors were easily upstaged by their costar Crystal the monkey at the TCA panel for the new sitcom. As the cast chatted about the kooky series set in an animal hospital, it seemed like everyone wanted to talk about Crystal even though she wasn't there — until she showed up in the most dramatic fashion: riding on a mini ambulance! Find out about her grand entrance and why the cast treats her like she's the biggest star on Animal Practice. 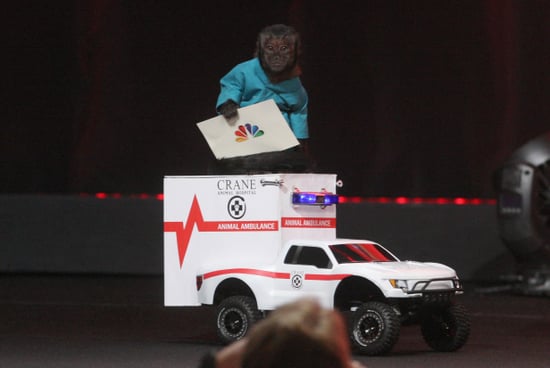