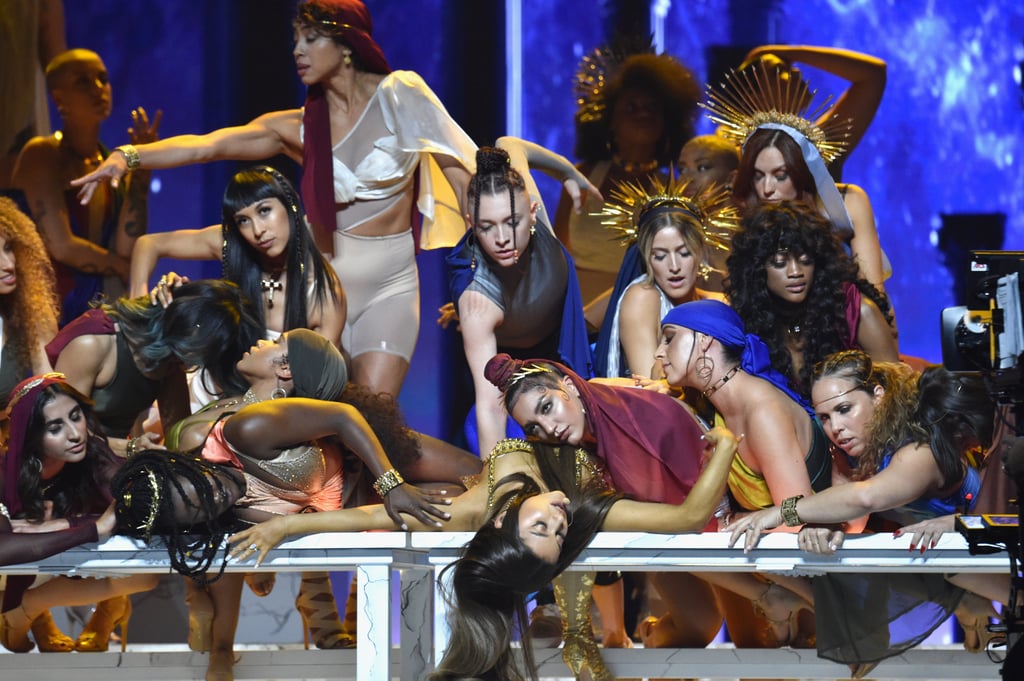 If you found yourself hypnotized by the trippy music video for Ariana Grande's "God Is a Woman," then prepare to be left breathless by her performance at the MTV VMAs. Grande, who just released her new album, Sweetener, hit the stage at the award show accompanied by a group of more than 50 female dancers, who broke it down at a Last Supper-esque tableau. In the lead-up to her performance, sources told The Hollywood Reporter that her set would be "nothing short of God-like," and we have to agree. Check out the Moon Person winner's performance for yourself ahead, and make sure you watch until the final few seconds, because Grande brings out some truly adorable guests — her cousin, mother, and grandmother!

Related:
Everyone Who Took Home a Moon Person at the VMAs This Year
Previous Next Start Slideshow
Ariana GrandeMTV VMAsMusicAward Season